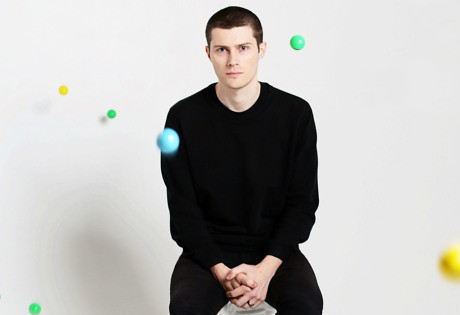 Start by filling out our no-obligation entertainment request form to check pricing and availability for RAC (Remix Artist Collective) or whoever else you may want.

The Portuguese music producer and DJ known as RAC (Remix Artist Collective) was born Andre Allen Anjos. Today, RAC is known for an extensive catalogue of remixes—totally more than two hundred to date—and for live performances at some of the world’s most notable festivals. But RAC—today a solo act—was actually established in 2007 and done so in partnership with fellow remixers Chris Angelovski and Aaron Jasinski.

RAC rose to prominence with the remix for The Shins’ “Sleeping Lessons,” earning critical acclaim and attention from a number of other artists. It wasn’t long before RAC was receiving coverage from online sites such as Pitchfork Media and even print magazines and newspapers. In 2010, RAC released a debut album, Holy Rollers OST, followed by Chapter One (2012.) Both albums featured collections of various remixes and some original material, as did the albums to follow—Strangers (2014) and Master Spy (2014.)

Notable single which appeared on these albums include “If You Forget Me” (with Liset Alea); “Hollywood” (with Penguin Prison); “Let Go” (with Kele); and “We Belong” (with Katie Herzig.) But additional non-album singles from RAC include “Can’t Forget You” (with Chelsea Lankes); “3am” (with Katie Herzig); and “Magic Hour” (with Little Boots.) In addition, RAC has remixed for some of the era’s most notable musicians, including Kings of Leon, Death Cab for Cutie, Foster the People, Linkin Park, and Lady Gaga.

In 2016, RAC earned a Grammy Award for best Remix Recording for “Say My Name,” and repeated the achievement in 2017 with another Grammy Award in the same category for the remix “Tearing Me Up.” RAC’s most recent album, Ego, arrived in 2017; it features the songs “This Song” (featuring Rostam); “The Beautiful Game” (featuring St. Lucia); and “I Still Wanna Know” (featuring Rivers Cuomo.)

For more information on booking RAC (Remix Artist Collective), please contact Booking Entertainment. One of our top booking agents will be happy to work on your behalf to get you the best possible price to book any big name entertainer for your upcoming public, private or corporate event worldwide.

Booking Entertainment works to get the best possible RAC (Remix Artist Collective) booking fee and RAC (Remix Artist Collective) price for our clients while also providing the celebrity or famous entertainer with the level of professionalism and industry norms that they expect from an event run by a professional booking agency and production management.

Booking Entertainment uses our agency / management relationships and over 25 years of production experience to help buyers of headline / top name entertainers and does not claim or represent itself as the exclusive RAC (Remix Artist Collective) agent, manager or management company for any of the artists on our site.

Booking Entertainment does not claim or represent itself as the exclusive booking agency, business manager, publicist, speakers bureau or management for RAC (Remix Artist Collective) or any artists or celebrities on this website.