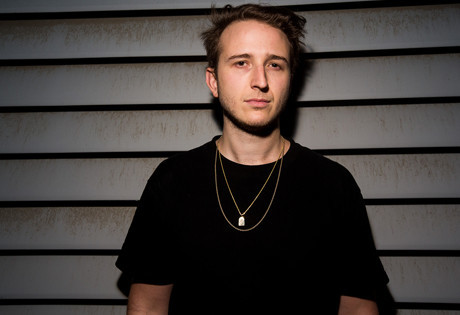 Start by filling out our no-obligation entertainment request form to check pricing and availability for RL Grime or whoever else you may want.

Our RL Grime agent will be happy to help you get RL Grime's availability and booking fee, or the price and availability for any other A-List entertainer, band, comedian or celebrity you may want for your corporate event, private party, wedding, birthday party or public show.

Henry Steinway is only twenty-five years old and has already made a name for himself as RL Grime. He is a music producer that focuses on electronic, grime, hip-hop and festival trap music. Growing up in Los Angeles, California Grime gained the musical experience and talent needed to become a successful artist. So, to further pursue his passion, Grime attended New York University studying music business. With time well spent on the East Coast, Grime headed back to California after college.

This led Grime to become a part of the Los Angeles electronic music collective WeDIdIt in 2011. Through this record label, Grime released his first-own extended play called “High Beams” which was in the summer of 2013.

This extended play was so amazing it had ended reaching number one on iTunes Electronic Chart. Along with producing his own music, RL Grime has created remixes for artists like Benny Benassi, an older DJ in the music industry.

Some original singles produced by Grime thus far in his career, include “Trap on Acid,” “Because of U,” “Core,” “Reminder,” and “Tell Me.” Some of these songs were collaborated with other popular artists as well.

As for his first extended play with special appearances, Grime had produced it through WeDidIt in 2012. This included some original music along with the remixes he provided with Salva and Shlohmo.

After such successes, Grime worked with the infamous Kanye West, producing a remix that was so popular it had over five million plays on the Internet sensation, SoundCloud. I would definitely check this one out if you have not already; it is not something you want to miss. With this accomplishment, Grime gained fans and respect from many others in the music industry. It was amazing that at such a young age there was someone with such amazing talent.

There have been multiple other hits by RL Grime that were featured on SoundCloud and Spotify that have over a million views as well. As for his latest album details, Grime’s personal album Void, was released back in 2014 by his record label, WeDidIt.

Along with working through WeDidIt, Grime also produced some music through Fools Gold Records. Fools Gold produced his extended play “High Beams” back in 2013.

More remixes by RL Grime include one of the greatest songs of all time, Avicii- “Levels” in 2011; Chris Brown- “Look At Me Now” in 2011; Drake- “Over” in 2012; Zedd featuring Matthew Koma- “Spectrum in 2012; Sebastian Ingrosso and Tommy Trash featuring John Martin- “Reload” in 2013; The Weeknd- “The Hills” in 2015. With these remixes, Grime expressed who he was through his music. These remixes are relatable to the average person making Grime an extremely relatable artist to many.

The success of RL Grime is one that will be very hard to top. His work ethic and constant desire to excel at every project he encounters is something his fans adore about him. Grime has an amazing talent at a young age that will really go a long way in his life.

For more information on booking RL Grime, please contact Booking Entertainment. One of our top booking agents will be happy to work on your behalf to get you the best possible price to book any big name entertainer for your upcoming public, private or corporate event worldwide.

Booking Entertainment works to get the best possible RL Grime booking fee and RL Grime price for our clients while also providing the celebrity or famous entertainer with the level of professionalism and industry norms that they expect from an event run by a professional booking agency and production management.

Booking Entertainment uses our agency / management relationships and over 25 years of production experience to help buyers of headline / top name entertainers and does not claim or represent itself as the exclusive RL Grime agent, manager or management company for any of the artists on our site.

Booking Entertainment does not claim or represent itself as the exclusive booking agency, business manager, publicist, speakers bureau or management for RL Grime or any artists or celebrities on this website.