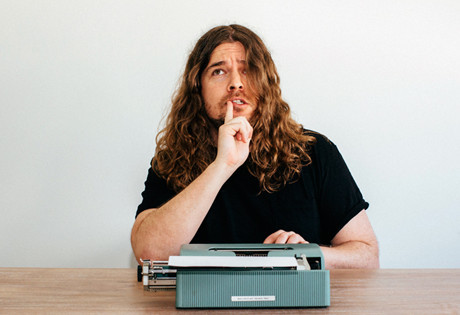 Start by filling out our no-obligation entertainment request form to check pricing and availability for Tommy Trash or whoever else you may want.

Our Tommy Trash agent will be happy to help you get Tommy Trash's availability and booking fee, or the price and availability for any other A-List entertainer, band, comedian or celebrity you may want for your corporate event, private party, wedding, birthday party or public show.

Thomas Olsen is originally from Australia, but works in the music industry in the United States and goes by the stage name Tommy Trash. The genres Trash mainly works with would have to be electric house, progressive house and modern dance music. Trash works extremely hard to be successful by producing his music, making remixes to many songs along with his main act of DJing. At a young age, Trash learned how to play the piano and the trumpet, starting his love and natural talent for music.

Trash is an older guy, having been in the music scene for multiple years already. In 2009, Trash was nominated for an award with the ARIA Music Awards for one of EDM’s biggest promises. Trash started out in early 2006, continuing his success into the next decade creating more and more music as the years went on. One of Trash’s most popular hits, “The End,” helped him become recognized by larger artists such as Tiesto, David Guetta, and Afrojack. With this hit single and these artists’ recognition Trash was well on his way to even bigger and better things for his future.

Another hit single produced by Trash is, “Need Me To Stay,” which was also nominated for an award as well. Trash was well known for creating music that would feed the souls of his audience. Trash has certainly been labeled as a legend in the music industry by other strong talents. He had become an international sensation pretty quickly with multiple successful hit singles.

Today, Trash is traveling the globe appearing in the United States this December performing on the west coast in Seattle, Washington and Los Angeles, California. After he performs there he will be heading back to his homeland of Australia for a New Years Eve special.

With a ton of hit singles out for the world to listen to, Trash was also able to produce numerous remixes. In 2006, Trash produced “Star Baby” with Goodwill. In 2007, Trash worked with numerous other artists like My Ninja Lover, Armand Van Helden, Tom Novy and The Veronicas. Along with these artists, Trash created multiple remixes with Goodwill as well. After many years of creating interesting and catchy remixes, Trsh was nominated for a Grammy in 2012 for his piece called “The Veldt,” which was originally a Deadmau5 song.

Along with creating his labels, Trash published his labels internationally through Spinnin Records, SIZE, Mau5trap, and Fool’s Gold. With these labels Trash was able to work with artists like A-Trak, Swedish House Mafia and even Zedd.

Another thing Trash did to further his success in the music industry was create a compilation of songs with the well known ‘Goodwill.’ This helped strengthened Trash’s bond with Goodwill along with many other musical talents. The collaboration between the two is called “It’s A Swede Thing” and was extremely popular for many years. As recently as 2014, Trash has produced albums with the artist Kylie Minogue called “ Kiss Me Once” and features in the song “Mr. President.” Tommy Trash’s latetst moves can be found on multiple social media platforms like Facebook, Twitter, Beatport, Discogs, and especially SoundCloud.

For more information on booking Tommy Trash, please contact Booking Entertainment. One of our top booking agents will be happy to work on your behalf to get you the best possible price to book any big name entertainer for your upcoming public, private or corporate event worldwide.

Booking Entertainment works to get the best possible Tommy Trash booking fee and Tommy Trash price for our clients while also providing the celebrity or famous entertainer with the level of professionalism and industry norms that they expect from an event run by a professional booking agency and production management.

Booking Entertainment uses our agency / management relationships and over 25 years of production experience to help buyers of headline / top name entertainers and does not claim or represent itself as the exclusive Tommy Trash agent, manager or management company for any of the artists on our site.

Booking Entertainment does not claim or represent itself as the exclusive booking agency, business manager, publicist, speakers bureau or management for Tommy Trash or any artists or celebrities on this website.