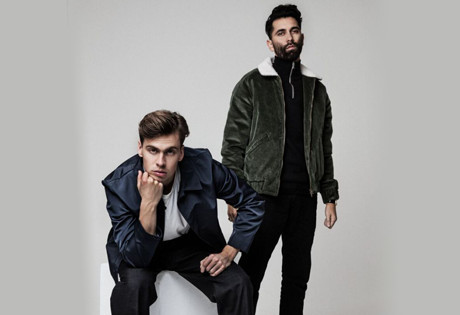 Start by filling out our no-obligation entertainment request form to check pricing and availability for Yellow Claw or whoever else you may want.

Our Yellow Claw agent will be happy to help you get Yellow Claw's availability and booking fee, or the price and availability for any other A-List entertainer, band, comedian or celebrity you may want for your corporate event, private party, wedding, birthday party or public show.

Yellow Claw, Jim Aasgier and Nizzle, a production duo from Amsterdam work together to as DJ’s with a mixture of hairstyle, hip-hop, dubstep, and tropical house music. Starting in around 2010, after hosting one party at a nightclub in Amsterdam, Yellow Claw had officially made a name for them. These shows are not something you want to miss. Yellow Claw is known for their incredible live performances, each one more incredible than the last. Yellow Claw has the crowd going wild at all times. It is definitely something you are going to want to check out if they are performing in a city near you.

About two years following that night, Yellow Claw released a few singles that hit the charts internationally. These hits include, “Krokobil,” “Thunder,” and “Last Night Ever.” After being released these hits gained millions of views on YouTube, helping to skyrocket Yellow Claw’s career in the right direction. Along with these hits, Yellow Claw was performing at festivals like DirtyDutch, Sneakerz Festival, Latin Village Festival and the Solar Festival in Europe.

When the performances died down, Yellow Claw agreed to sign a label with another popular DJ, Diplo in 2013. Yellow Claw performed this label, Mad Decent, with Diplo on BBC Radio in late 2013. Along with this, Yellow Claw is one of the few EDM groups to create their own branded merchandise. Yellow Claw has clothing apparel that range from light coats for the fall, to bathing suits for the summer.

While working with Diplo was a thriller and an eye-opening experience, Yellow Claw continued on to create more music, signing with Spinnin’ Records, later to come out with a hit single, “Shotgun.” This single topped many charts throughout Europe. In 2014, Yellow Claw took things pretty easy and slid under the radar for some months at a time. However, Yellow Claw came back better than ever in 2015 releasing their first album, Blood for Mercy. In this album, Yellow Claw featured the famous record producer DJ Mustard in their single, “In My Room.” Along with this celebrity, Tyga was featured in Yellow Claw’s album as well. By featuring these musicians, Yellow Claw broadens their audience and YouTube views to more people who listen to those artists as well. Their video featuring Tyga has raked up around 7 million views to this day.

Along with their past success, this year Yellow Claw collaborated with DJ Snake to produce “Ocho Cinco,” a techno beat that will and can get anyone up onto the dance floor. This one is definitely a crowd pleaser and Yellow Claw knows how to go out with a bang. This release is under DJ Snake’s album Encore, however Yellow Claw definitely took a big part in the creation of this piece.

Yellow Claw performed at large events worldwide; Coachelle in The United States, Tomorrowland in Belgium, and Mysterland in the Netherlands. Unfortunately the past year was the last year Yellow Claw would remain a full group. Yellow Claw officially announced that members had left their group and Electric Daisy Carnival in Las Vegas this past year was their last performance.

For more information on booking Yellow Claw, please contact Booking Entertainment. One of our top booking agents will be happy to work on your behalf to get you the best possible price to book any big name entertainer for your upcoming public, private or corporate event worldwide.

Booking Entertainment works to get the best possible Yellow Claw booking fee and Yellow Claw price for our clients while also providing the celebrity or famous entertainer with the level of professionalism and industry norms that they expect from an event run by a professional booking agency and production management.

Booking Entertainment uses our agency / management relationships and over 25 years of production experience to help buyers of headline / top name entertainers and does not claim or represent itself as the exclusive Yellow Claw agent, manager or management company for any of the artists on our site.

Booking Entertainment does not claim or represent itself as the exclusive booking agency, business manager, publicist, speakers bureau or management for Yellow Claw or any artists or celebrities on this website.