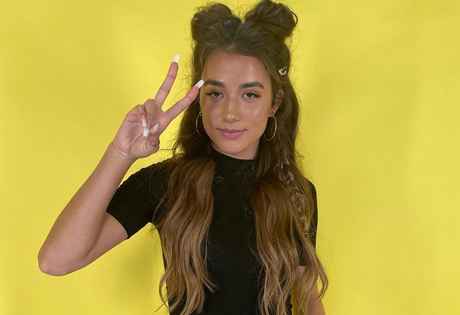 Start by filling out our no-obligation entertainment request form to check pricing and availability for Alaina Castillo or whoever else you may want.

Our Alaina Castillo agent will be happy to help you get Alaina Castillo's availability and booking fee, or the price and availability for any other A-List entertainer, band, comedian or celebrity you may want for your corporate event, private party, wedding, birthday party or public show.

Alaina Castillo is a singer and performer born in 1999. The Houston native began singing in local choir groups at a young age and started writing music in her teenage years. Castillo began posting covers to her YouTube channel, eventually finding ground with ASMR versions of songs. She would move to Los Angeles in 2019 before releasing her debut single the same year.

Alaina Castillo would release her debut EP, antisocial butterfly, later that year to critical acclaim and praise from fans. She followed it up with a successful series of single the next year has she collaborated with big brands such as Spotify and branched out into platforms such as TikTok and Twitch as artists shifted to digital avenues for performances. Alaina released her EP the voice notes later that year while her debut album, parallel universe pt. 1, release the following year to further acclaim from fans and critics alike.

Alaina has been featured in several major publications including CNN, Rolling Stone, and Billboard, among others. Her YouTube channel has amassed almost one million subscribers and over sixty million views on her content posted to the platform. Castillo has also found success on TikTok, amassing almost two million followers on that platform and over twelve million likes on her videos.

Alaina Castillo recently concluded her second tour for her debut album and is currently working on the follow up, parallel universe pt. 2.

For more information on booking Alaina Castillo, please contact Booking Entertainment. One of our top booking agents will be happy to work on your behalf to get you the best possible price to book any big name entertainer for your upcoming public, private or corporate event worldwide.

Booking Entertainment works to get the best possible Alaina Castillo booking fee and Alaina Castillo price for our clients while also providing the celebrity or famous entertainer with the level of professionalism and industry norms that they expect from an event run by a professional booking agency and production management.

Booking Entertainment uses our agency / management relationships and over 25 years of production experience to help buyers of headline / top name entertainers and does not claim or represent itself as the exclusive Alaina Castillo agent, manager or management company for any of the artists on our site.

Booking Entertainment does not claim or represent itself as the exclusive booking agency, business manager, publicist, speakers bureau or management for Alaina Castillo or any artists or celebrities on this website.