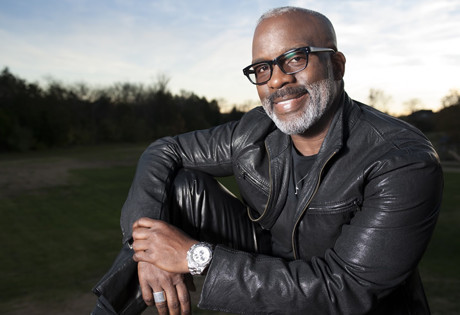 Start by filling out our no-obligation entertainment request form to check pricing and availability for Bebe Winans or whoever else you may want.

Our Bebe Winans agent will be happy to help you get Bebe Winans's availability and booking fee, or the price and availability for any other A-List entertainer, band, comedian or celebrity you may want for your corporate event, private party, wedding, birthday party or public show.

The R&B singer BeBe Winans was born Benjamin Winans in 1962, into a family of performers. Young BeBe had his first breakthrough in an appearance on an album with his sister, CeCe, and the two appeared together as background vocalists on the television series The PTL Club. The show lasted for five years, during which time BeBe and CeCe released four successful albums: BeBe & CeCe Winans, Heaven, Different Lifestyles, and Relationships.

BeBe Winans has also contributed vocals in collaboration with other artists, including: Marvin Winans (on “Love Is You”); Steve Camp (on “Do You Feel Their Pain?”); Sandi Patty (on “He Watches Over You”); and Willie Nelson and Toby Keith (on “Broken Bridges,” for the CMT film of the same name.) Winans has also given two tracks for film soundtracks: “Stay With Me” (which appears on the Prince of Egypt’s “inspirational” soundtrack) and “I’m Going Up” (which appears on the soundtrack for White Men Can’t Jump.

BeBe Winans continues to write, record, and collaborate on a variety of projects. He and his sister CeCe reunited for an album in 2009 (titled Still), and he most recently released the album America America in 2012.

For more information on booking Bebe Winans, please contact Booking Entertainment. One of our top booking agents will be happy to work on your behalf to get you the best possible price to book any big name entertainer for your upcoming public, private or corporate event worldwide.

Booking Entertainment works to get the best possible Bebe Winans booking fee and Bebe Winans price for our clients while also providing the celebrity or famous entertainer with the level of professionalism and industry norms that they expect from an event run by a professional booking agency and production management.

Booking Entertainment uses our agency / management relationships and over 25 years of production experience to help buyers of headline / top name entertainers and does not claim or represent itself as the exclusive Bebe Winans agent, manager or management company for any of the artists on our site.

Booking Entertainment does not claim or represent itself as the exclusive booking agency, business manager, publicist, speakers bureau or management for Bebe Winans or any artists or celebrities on this website.