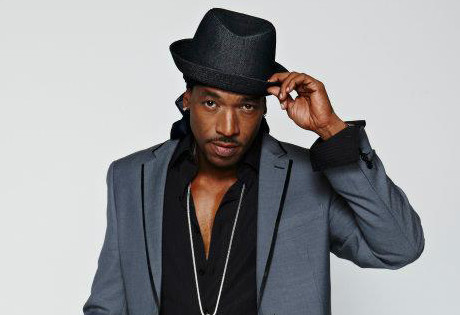 Start by filling out our no-obligation entertainment request form to check pricing and availability for Horace Brown or whoever else you may want.

Our Horace Brown agent will be happy to help you get Horace Brown's availability and booking fee, or the price and availability for any other A-List entertainer, band, comedian or celebrity you may want for your corporate event, private party, wedding, birthday party or public show.

The American R&B singer Horace Brown was born in Hartford, Connecticut. Horace’s childhood was filled with the sounds of the gospel choir at the church where his father served as minister, although his initial aspirations were to become a professional basketball player. Throughout high school, Brown played basketball but also learned to play a number of different instruments and marched with the school band. After an unfortunate injury destroyed Horace’s dreams of becoming a professional athlete, he turned to music instead.

Brown’s talents caught the attention of DeVante Swing, one of the members of the R&B group Jodeci. Swing helped Horace to earn some gigs writing and performing background vocals for a number of other artists. Eventually, in the early 1990’s, Horace Brown was offered a recording contract with Uptown Records, and so he signed with the label.

Horace Brown’s debut single, “Taste Your Love,” was not as successful as had been hoped, although it did garner Brown significant press due to the controversy over its sexual content. A follow-up single, “Let Me Know,” was also a disappointment, but Brown’s debut album, Horace Brown (1996) fared much better, largely on the strength of appearances by Faith Evans, Jay-Z, and Sean “Puffy” Combs.

Although Horace Brown has not released any additional albums since his debut, he has frequently appeared as a guest artist on works for a number of other musicians, most recently on PrinZe Gabriel’s single, “Rock The Party” (2013.) Brown also recently toured alongside Keith Sweat, and in 2014 he joined the cast of the reality series, Come Back Kings.

For more information on booking Horace Brown, please contact Booking Entertainment. One of our top booking agents will be happy to work on your behalf to get you the best possible price to book any big name entertainer for your upcoming public, private or corporate event worldwide.

Booking Entertainment works to get the best possible Horace Brown booking fee and Horace Brown price for our clients while also providing the celebrity or famous entertainer with the level of professionalism and industry norms that they expect from an event run by a professional booking agency and production management.

Booking Entertainment uses our agency / management relationships and over 25 years of production experience to help buyers of headline / top name entertainers and does not claim or represent itself as the exclusive Horace Brown agent, manager or management company for any of the artists on our site.

Booking Entertainment does not claim or represent itself as the exclusive booking agency, business manager, publicist, speakers bureau or management for Horace Brown or any artists or celebrities on this website.