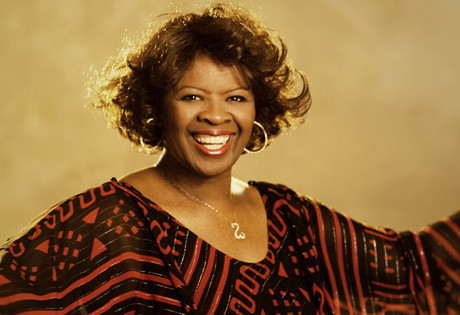 Start by filling out our no-obligation entertainment request form to check pricing and availability for Irma Thomas or whoever else you may want.

Our Irma Thomas agent will be happy to help you get Irma Thomas's availability and booking fee, or the price and availability for any other A-List entertainer, band, comedian or celebrity you may want for your corporate event, private party, wedding, birthday party or public show.

The soul singer Irma Thomas was born in 1941 in Ponchatoula, Louisiana. Long before Thomas won her first Grammy for Best Contemporary Blues Album in 2007, she had spent nearly fifty years performing as one of the era’s most talented, if unappreciated, performers. Irma began singing as a teenager in her local church choir, eventually landing a deal with a local New Orleans label. Her debut single, “(You Can Have My Husband But) Don’t Mess with My Man” experienced significant success, rising into the top twenty on the R&B charts.

But between 1960 and 1991, Irma Thomas’ work went largely unrecognized to mainstream audiences. Despite the release of dozens of albums and singles, Thomas’ achievements were limited to the soul and R&B audiences, until in 1991 she earned her first Grammy nomination for the album Live! Simply the Best. The success of the album was the start of a career which finally rose into the mainstream in the 1990’s, culminating with Thomas’s first Grammy win in 2007 for the album After the Rain.

Irma Thomas has continued to perform well into the new millennium, frequently appearing as a guest artist on a number of albums by other performers and appearing every year at the New Orleans Jazz and Heritage Festival. Her song “It’s Raining” can be heard in the 1986 film Down By Law. Irma Thomas also made an appearance on the HBO series Treme in 2010.

For more information on booking Irma Thomas, please contact Booking Entertainment. One of our top booking agents will be happy to work on your behalf to get you the best possible price to book any big name entertainer for your upcoming public, private or corporate event worldwide.

Booking Entertainment works to get the best possible Irma Thomas booking fee and Irma Thomas price for our clients while also providing the celebrity or famous entertainer with the level of professionalism and industry norms that they expect from an event run by a professional booking agency and production management.

Booking Entertainment uses our agency / management relationships and over 25 years of production experience to help buyers of headline / top name entertainers and does not claim or represent itself as the exclusive Irma Thomas agent, manager or management company for any of the artists on our site.

Booking Entertainment does not claim or represent itself as the exclusive booking agency, business manager, publicist, speakers bureau or management for Irma Thomas or any artists or celebrities on this website.