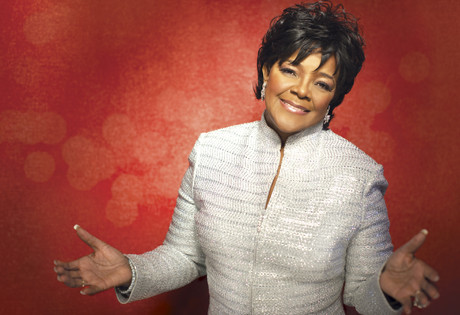 Start by filling out our no-obligation entertainment request form to check pricing and availability for Shirley Caesar or whoever else you may want.

Our Shirley Caesar agent will be happy to help you get Shirley Caesar's availability and booking fee, or the price and availability for any other A-List entertainer, band, comedian or celebrity you may want for your corporate event, private party, wedding, birthday party or public show.

The gospel music singer Shirley Caesar was born in 1938 in Durham, North Carolina. Young Shirley grew up singing for her family and friends when she was still just a child. Her first endeavors at recording began before she was a teenager, and so it’s no surprise that when she was only eighteen she as offered a gig as a member of the Caravans, one of the era’s most successful gospel groups.

In the new millennium, Shirley Caesar has continued to release a number of successful albums, including: Hymns (2001), I Know the Truth (2005), and Still Sweeping Through the City  After 40 Years (2008.) Her work has brought her seven Dove Awards and eleven Grammy Awards, an induction into the North Carolina Music Hall of Fame, and (since the loss of the great Queen Albertina Walker), the title of Queen of Gospel Music. Caesar has performed alongside such industry greats at Whitney Houston, Patti LaBelle, and Faith Evans, and even appeared in the film the Fighting Temptations alongside Beyonce Knowles.

Currently, in addition to her career as a performer, Shirley Caesar serves as pastor to the Mount Calvary World of Faith Church in North Carolina. Her most recent album, Good God, was released in 2013.

For more information on booking Shirley Caesar, please contact Booking Entertainment. One of our top booking agents will be happy to work on your behalf to get you the best possible price to book any big name entertainer for your upcoming public, private or corporate event worldwide.

Booking Entertainment works to get the best possible Shirley Caesar booking fee and Shirley Caesar price for our clients while also providing the celebrity or famous entertainer with the level of professionalism and industry norms that they expect from an event run by a professional booking agency and production management.

Booking Entertainment uses our agency / management relationships and over 25 years of production experience to help buyers of headline / top name entertainers and does not claim or represent itself as the exclusive Shirley Caesar agent, manager or management company for any of the artists on our site.

Booking Entertainment does not claim or represent itself as the exclusive booking agency, business manager, publicist, speakers bureau or management for Shirley Caesar or any artists or celebrities on this website.