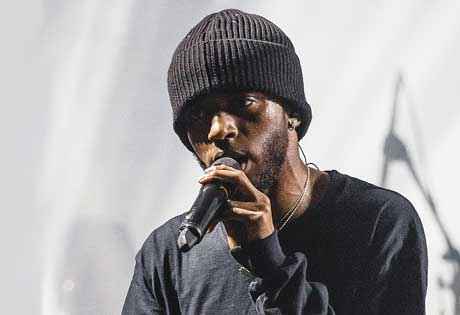 Start by filling out our no-obligation entertainment request form to check pricing and availability for 6lack or whoever else you may want.

Our 6lack agent will be happy to help you get 6lack's availability and booking fee, or the price and availability for any other A-List entertainer, band, comedian or celebrity you may want for your corporate event, private party, wedding, birthday party or public show.

6lack was born Ricardo Valentine in 1992 in Baltimore, Maryland. He is the oldest of three siblings, and at age 5 they moved with his parents to Atlanta, Georgia. He started recording music as early as age 4 in his father’s music studio. He picked up rapping in middle school and started a career in battle rapping which involved numerous battles, including one with fellow Atlanta emcee Young Thug.

6lack signed with the International Music Group in 2011 and left Valdosta State University to pursue his career. He often found himself sleeping at the studio while in Miami and struggled for five years before leaving the label due to management issues. In 2015, 6lack joined the Spillage Village collective after living with members EarthGang and appeared on four songs with the group. He soon signed with LoveRenaissance under Interscope in 2016. His debut album, Free 6lack, charted as high as #34 on the Billboard 200 and was certified Gold. The single “Prblms” hit as high as #73 on the Billboard Hot 100 and was certified Platinum as he joined The Weeknd on his Legend of the Fall tour in 2017.

In 2018, his second album East Atlanta Love Letter was released and hit the #3 spot on the Billboard 200. It charted successfully in other countries, including top 10 placements on the charts in Australia, Canada, New Zealand, and the United Kingdom. That year he was featured on the record “OTW” with Ty Dolla Sign on Khalid’s EP Suncity. This song was certified double Platinum and peaked at #57 on the Billboard Hot 100. His single “Switch” was certified Gold in 2018.

6lack has been Grammy-nominated three times and recently won Best R&B Video for “Waves” with singer Normani. He is featured on Jessie Reyez’s remix to “Imported,” which has now been certified Gold. He has contributed numerous features and prepares to follow up with his third album soon.

For more information on booking 6lack, please contact Booking Entertainment. One of our top booking agents will be happy to work on your behalf to get you the best possible price to book any big name entertainer for your upcoming public, private or corporate event worldwide.

Booking Entertainment works to get the best possible 6lack booking fee and 6lack price for our clients while also providing the celebrity or famous entertainer with the level of professionalism and industry norms that they expect from an event run by a professional booking agency and production management.

Booking Entertainment uses our agency / management relationships and over 25 years of production experience to help buyers of headline / top name entertainers and does not claim or represent itself as the exclusive 6lack agent, manager or management company for any of the artists on our site.

Booking Entertainment does not claim or represent itself as the exclusive booking agency, business manager, publicist, speakers bureau or management for 6lack or any artists or celebrities on this website.