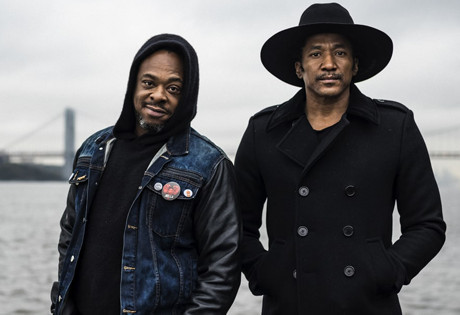 Start by filling out our no-obligation entertainment request form to check pricing and availability for A Tribe Called Quest or whoever else you may want.

The American hip hop group known as A Tribe Called Quest was established in the mid 1980’s by founding members Jarobi White, Ali Shaheed, Phife Dawg, and Q-Tip. The latter two had been friends since early childhood, and during their formative years growing up in New York, the two would practice and perform together, experimenting with an alternative hip-hop sound which would eventually bring them to fame.

With the additional members on board, A Tribe Called Quest recorded a series of demos which eventually garnered the attention of Jive Records. With the support of a major label, A Tribe Called Quest released their debut album, People’s Instinctive Travels and the Paths of Rhythm, in 1990. The album featured the hits “Can I Kick It?,” “Bonita Applebum,” and “I Left My Wallet in El Segundo,” and has since gone on to become an alternative hip hop classic. People’s Instictive Travels was followed by the additional albums: The Low End Theory (1991), Midnight Marauders (1993), Beats, Rhymes, and Life (1996), and The Love Movement (1998.) The albums spawned the additional hits “Check the Rhime,” “Award Tour,” “Electric Relaxation,” “Oh My God” (featuring Busta Rhymes), “Scenario” (featuring Leaders of the New School), and “Stressed Out’ (featuring Faith Evans.)

Although A Tribe Called Quest was an enormous success, earning the group multiple Grammy nominations and ever increasing commercial success, the group disbanded after The Love Movement and individual members went on to pursue solo endeavors. A Tribe Called Quest reunited in 2004, however, and between 2004 and 2013 the group performed a number of concerts throughout North America.

For more information on booking A Tribe Called Quest, please contact Booking Entertainment. One of our top booking agents will be happy to work on your behalf to get you the best possible price to book any big name entertainer for your upcoming public, private or corporate event worldwide.

Booking Entertainment uses our agency / management relationships and over 25 years of production experience to help buyers of headline / top name entertainers and does not claim or represent itself as the exclusive A Tribe Called Quest agent, manager or management company for any of the artists on our site.

Booking Entertainment does not claim or represent itself as the exclusive booking agency, business manager, publicist, speakers bureau or management for A Tribe Called Quest or any artists or celebrities on this website.