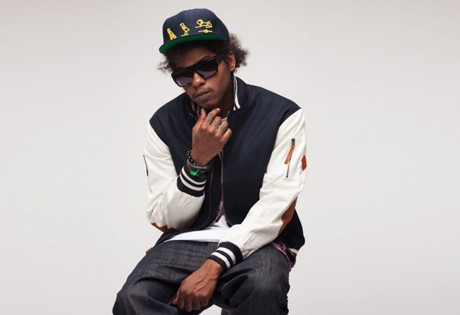 Start by filling out our no-obligation entertainment request form to check pricing and availability for Ab Soul or whoever else you may want.

Our Ab Soul agent will be happy to help you get Ab Soul's availability and booking fee, or the price and availability for any other A-List entertainer, band, comedian or celebrity you may want for your corporate event, private party, wedding, birthday party or public show.

The artist known as Ab-Soul was born Herbert Anthony Stevens IV in 1987 in Los Angeles, California, but spent his earliest years of childhood on a military base in Germany, where his father was stationed. After his parents separated, Stevens returned to the states and moved in with his grandmother in Carson, California, where his family owned a record store. It was in Carson that Stevens fell in love with music, and by the time he was a teenager he’d begun writing his own raps and practicing performances. But Stevens finished high school first, and then began to seriously pursue a career as a rapper.

In the early 2000’s, Stevens adopted the moniker Ab-Soul and entered the studio to begin work on his debut. By 2006, Ab-Soul had garnered the interest of Top Dawg Entertainment, signing with the company officially in 2007 and releasing his first single, “A Day in the Life,” In 2008. The mixtape on which the song appears, Longterm, followed in 2009, followed by the albums Longterm Mentality (2011), and Control System (2012.)

Since that time, Ab-Soul has appeared as a guest artist on a number of collaborations, including: “Druggy’s wit Hoes Again” (with Schoolboy Q); “Riddims” (with Jesse Medina); “Save” (with Rich Hil and Metasota); and “Riddims 2.0” (with Sir Michael Rocks and Anya Kvitka.) Most recently, Ab-Soul was nominated for a Grammy Award for his work on the album The Heist ( Macklemore & Ryan Lewis.) Ab-Soul’s most recent album, These Days…, was released in 2014.

For more information on booking Ab Soul, please contact Booking Entertainment. One of our top booking agents will be happy to work on your behalf to get you the best possible price to book any big name entertainer for your upcoming public, private or corporate event worldwide.

Booking Entertainment works to get the best possible Ab Soul booking fee and Ab Soul price for our clients while also providing the celebrity or famous entertainer with the level of professionalism and industry norms that they expect from an event run by a professional booking agency and production management.

Booking Entertainment uses our agency / management relationships and over 25 years of production experience to help buyers of headline / top name entertainers and does not claim or represent itself as the exclusive Ab Soul agent, manager or management company for any of the artists on our site.

Booking Entertainment does not claim or represent itself as the exclusive booking agency, business manager, publicist, speakers bureau or management for Ab Soul or any artists or celebrities on this website.