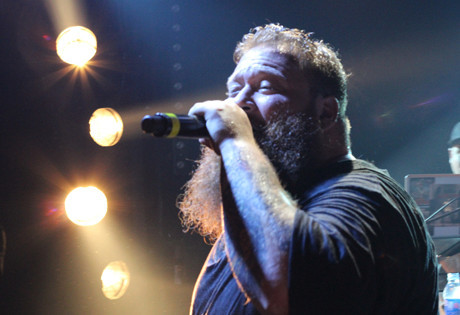 Start by filling out our no-obligation entertainment request form to check pricing and availability for Action Bronson or whoever else you may want.

Our Action Bronson agent will be happy to help you get Action Bronson's availability and booking fee, or the price and availability for any other A-List entertainer, band, comedian or celebrity you may want for your corporate event, private party, wedding, birthday party or public show.

The rapper known as Action Bronson was born Arian Asllani in 1983 in New York City. Young Arian grew up in the Queens area of New York, and before he entered the music world, he enjoyed a career as a well-respected chef in the New York City area. But Asllani had always harbored a love of rap, and so in the late 2000’s, he began to prepare for a career change, one which would prove to be profitable.

After adopting the moniker Action Bronson, Arian released his independent debut album, Dr. Lecter, in 2011. The follow-up album, Well Done, arrived in 2012, and Action Bronson’s work began to garner the interest of major record labels. Eventually, Action Bronson settled on a contract with Atlantic Records through the company VICE, and released his major label debut, the mixtape Rare Chandeliers, in collaboration with The Alchemist, in 2013.

Since that time, Action Bronson has released the EP Saaab Stories (2013), and the additional mixtapes: The Program, Blue Chips, and Blue Chips 2 (both of the latter in collaboration with Party Supplies.) Action Bronson also lent his vocals to the song “1 Train,” alongside A$AP Rocky and Big K.R.I.T. Bronson’s performances in the last few years have included a perforamance at the Coachella Valley Music and Arts Festival, and in 2014, Action Bronson joined Kendrick Lamar and 360 to join Eminem on his tour of Australia and New Zeland.

Most recently, Action Bronson released his major label full-length debut album, Mr. Wonderful, in 2014. The artist continues to perform and record, and has a number of projects on the horizon for the coming years.

For more information on booking Action Bronson, please contact Booking Entertainment. One of our top booking agents will be happy to work on your behalf to get you the best possible price to book any big name entertainer for your upcoming public, private or corporate event worldwide.

Booking Entertainment works to get the best possible Action Bronson booking fee and Action Bronson price for our clients while also providing the celebrity or famous entertainer with the level of professionalism and industry norms that they expect from an event run by a professional booking agency and production management.

Booking Entertainment uses our agency / management relationships and over 25 years of production experience to help buyers of headline / top name entertainers and does not claim or represent itself as the exclusive Action Bronson agent, manager or management company for any of the artists on our site.

Booking Entertainment does not claim or represent itself as the exclusive booking agency, business manager, publicist, speakers bureau or management for Action Bronson or any artists or celebrities on this website.