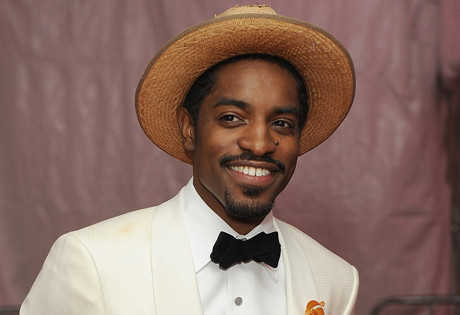 Start by filling out our no-obligation entertainment request form to check pricing and availability for Andre 3000 or whoever else you may want.

Our Andre 3000 agent will be happy to help you get Andre 3000's availability and booking fee, or the price and availability for any other A-List entertainer, band, comedian or celebrity you may want for your corporate event, private party, wedding, birthday party or public show.

The rapper and producer known as Andre 3000 was born Andre Lauren Benjamin in 1975 in Atlanta, Georgia. Before Andre rose to fame as one half of the hip-hop duo OutKast, he began performing while in high school. It was there, while he was still a teenager, that Andre met Antwan “Big Boi” Patton, with whom he formed the group OutKast in the early 1990’s.

As half of OutKast, Andrew signed with the LaFace label and released the platinum-selling debut Southernplayalisticadillacmuzik in 1994. The hit albums ATLiens, Aquemini, and Speakerboxxx/The Love Below followed, bringing OutKast critical and commercial success, including a Grammy Award and the international number one hit “Hey Ya!” OutKast’s last album together was a group, Idlewild, was released in 2006, after which time Andre launched a solo career as Andre 3000.

Since 2007, Andre 3000 has contributed vocals to a number of chart-topping hits in collaboration with other artists, including: “Millionaire” (with Kelis); “What a Job” (with Snoop Dogg); “Green Light” (with John Legend); “Dedication to My Ex (Miss That)” (with Lloyd); and “Party” (with Beyonce.) Andre also launched an acting career, appearing in the films: Four Brothers (2005), Revolver (2005), Scary Movie 4 (2006), Fracture (2007), Semi-Pro (2008), and All Is by My Side (2013.) Andre also has his own fashion line, the Benjamin Bixby line of clothing, which has been highly successful since its launch in 2008. Andre is also a huge supporter of animal rights causes, lending his name to such high-profile organizations as PETA and publicly discussing his choice to live a vegan lifestyle.

Most recently, Andre and Big Boi reunited as OutKast, in time for their 20th anniversary. The duo returned to the stage for a 40-date tour in 2014, bringing them to such notable festivals as the Coachella Valley Music and Arts Festival in California.

For more information on booking Andre 3000, please contact Booking Entertainment. One of our top booking agents will be happy to work on your behalf to get you the best possible price to book any big name entertainer for your upcoming public, private or corporate event worldwide.

Booking Entertainment works to get the best possible Andre 3000 booking fee and Andre 3000 price for our clients while also providing the celebrity or famous entertainer with the level of professionalism and industry norms that they expect from an event run by a professional booking agency and production management.

Booking Entertainment uses our agency / management relationships and over 25 years of production experience to help buyers of headline / top name entertainers and does not claim or represent itself as the exclusive Andre 3000 agent, manager or management company for any of the artists on our site.

Booking Entertainment does not claim or represent itself as the exclusive booking agency, business manager, publicist, speakers bureau or management for Andre 3000 or any artists or celebrities on this website.