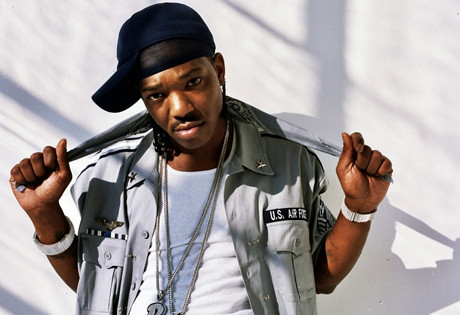 Start by filling out our no-obligation entertainment request form to check pricing and availability for BG or whoever else you may want.

Wondering how to book BG for your event? Let Booking Entertainment be Your entertainment booking agency for booking BG for events worldwide.

Our BG agent will be happy to help you get BG's availability and booking fee, or the price and availability for any other A-List entertainer, band, comedian or celebrity you may want for your corporate event, private party, wedding, birthday party or public show.

Long before the Cash Money camp became known as Cash Money Millionaires, the label got its start hustling albums by a young teen known as BG, who eventually scored a national anthem with his track "Bling Bling." Originally known as the Baby Gangsta, BG grew up in the dangerous uptown section of New Orleans, among some of the most poverty-ridden areas of America. There he struggled to stay out of trouble and stay in school, yet thrived as a talented young rapper. Two ambitious entrepreneurs, Ronald "Slim" Williams and his brother Bryan "Baby" Williams, heard about the infamous Baby Gangsta and soon signed him to their infantile Cash Money label. At the alarming age of only 11, BG recorded his first album, True Story, in 1993 and quickly made a name for himself in the South. The Cash Money brothers rushed the prodigy back into the studio to record yet another album, Chopper City, which again captivated the region with its teen gangsta firing off rhymes with the poise of a seasoned veteran. Realizing that this was no mere novelty act, the Williams brothers kept shuttling BG back into the studio, resulting in two successive follow-ups: 1996's It's All on You, Vol. 1 and 1997's It's All on You, Vol. 2. Around this same time, with the money they had made off the BG albums, Cash Money signed a few other local rap artists and created the Hot Boys, a group featuring BG, Juvenile, Lil Wayne, and Young Turk. The first Hot Boys album, Get It How U Live, further established BG as an up-and-coming rapper, still in his teens. Following the uncanny success of the Hot Boys' debut in the South and in the Midwest with little to no commercial airplay, the Williams brothers signed a deal with Universal Records in summer 1998 that provided distribution, marketing, and promotion support for future Cash Money releases. Now, with this deal signed, BG's next album, 1999's Chopper City in the Ghetto, surprised many by debuting at number nine on the Billboard charts. The album's lead single, "Cash Money Is an Army," supplied some push, but it was the anthemic "Bling Bling" that kept this album on the charts, leading to the label's first platinum release and setting the precedent for Juvenile's eventual commercial success. Another Hot Boys album, Guerrilla Warfare, followed soon after, driven by the successful single "I Need a Hot Girl," and next, BG's catalog was re-released in the wake of Cash Money's sudden rise to success. In late 2000, long after the Cash Money camp had become a household name, BG dropped his sixth solo album, Checkmate, led by the single "I Know," only weeks after the release of Baller Blockin', a soundtrack and straight-to-video film also featuring the ever busy BG.

For more information on booking BG, please contact Booking Entertainment. One of our top booking agents will be happy to work on your behalf to get you the best possible price to book any big name entertainer for your upcoming public, private or corporate event worldwide.

Booking Entertainment works to get the best possible BG booking fee and BG price for our clients while also providing the celebrity or famous entertainer with the level of professionalism and industry norms that they expect from an event run by a professional booking agency and production management.

Booking Entertainment uses our agency / management relationships and over 25 years of production experience to help buyers of headline / top name entertainers and does not claim or represent itself as the exclusive BG agent, manager or management company for any of the artists on our site.

Booking Entertainment does not claim or represent itself as the exclusive booking agency, business manager, publicist, speakers bureau or management for BG or any artists or celebrities on this website.