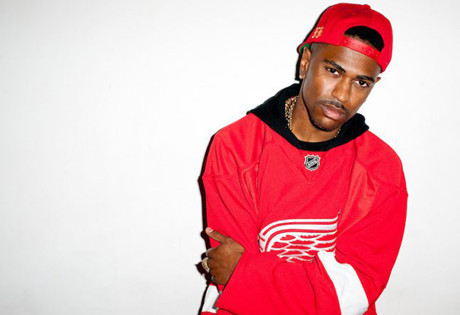 Start by filling out our no-obligation entertainment request form to check pricing and availability for Big Sean or whoever else you may want.

Our Big Sean agent will be happy to help you get Big Sean's availability and booking fee, or the price and availability for any other A-List entertainer, band, comedian or celebrity you may want for your corporate event, private party, wedding, birthday party or public show.

The hip hop artist known as Big Sean was born Sean Michael Leonard Anderson in 1988 in Santa Monica, California. Big Sean was raised in Detroit, Michigan, where he graduated from a technical high school with honors. But Big Sean had his sights set on a career as a hip-hop artist, and in 2007 he recorded and released a debut mixtape: Finally Famous: The Mixtape. Finally Famous spawned the hit single “Get’cha Some,” which led to media coverage and critical acclaim. The success of both the mixtape and the song led to a deal with Def Jam Recordings in 2008.

In addition to his own music, Big Sean has also been featured in collaboration on works for a number of other artists, including: “Lay It On Me” (with Kelly Rowland); “Already There” (with John West); “Till I Die” (with Chris Brown and Wiz Khalifa); “Naked” (with Kevin McCall); “My Homies Still” (with Lil Wayne); “As Long as You Love Me” (with Justin Bieber); “Show Out” (with Juicy J); “Right There” (with Ariana Grande); and “All Me” (with Drake and 2 Chainz.)

Big Sean is a star on the rise, commercially and critically successful and well-respected by his fellow musicians. He continues to perform and record, and has plans for his next album release within the next year or two.

For more information on booking Big Sean, please contact Booking Entertainment. One of our top booking agents will be happy to work on your behalf to get you the best possible price to book any big name entertainer for your upcoming public, private or corporate event worldwide.

Booking Entertainment works to get the best possible Big Sean booking fee and Big Sean price for our clients while also providing the celebrity or famous entertainer with the level of professionalism and industry norms that they expect from an event run by a professional booking agency and production management.

Booking Entertainment uses our agency / management relationships and over 25 years of production experience to help buyers of headline / top name entertainers and does not claim or represent itself as the exclusive Big Sean agent, manager or management company for any of the artists on our site.

Booking Entertainment does not claim or represent itself as the exclusive booking agency, business manager, publicist, speakers bureau or management for Big Sean or any artists or celebrities on this website.