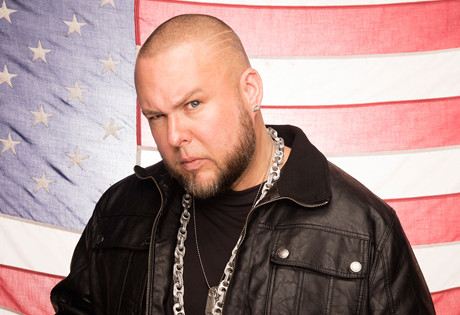 Start by filling out our no-obligation entertainment request form to check pricing and availability for Big Smo or whoever else you may want.

Our Big Smo agent will be happy to help you get Big Smo's availability and booking fee, or the price and availability for any other A-List entertainer, band, comedian or celebrity you may want for your corporate event, private party, wedding, birthday party or public show.

The country rap musician known as Big Smo was born John Lee Smith in 1976 in San Diego, California. Big Smo began to pursue a career as a performer in the late 1990’s, but it wasn’t until 2002 that he arrived on the scene with his self-released debut, Kuntry Kitchen, in 2002.

Kuntry Kitchen was followed by: The Audio Biography (2003), Monument Society (2004), The True South (2007), and American Made (2010), released on Big Smo’s own label, Smo & Money. A homemade music video for the song “Kickin’ It in Tennessee” went viral on YouTube in 2010, with more than five million views on the network, prompting Big Smo’s first major label recording deal.

In 2012, Big Smo signed with Elektra Nashville/Warner Bros records, and released the EPs Grass Roots and Backwoods Whiskey, before his major label debut, Kuntry Livin, in 2014. The album features the single “Workin,” featuring Alexander King. Around the same time, Big Smo became the subject of an A&E reality series of the same name, which “follows the life of the hick-hop rapper.” The show has become a surprise hit for the network and has helped Big Smo to boost his career as a performer even further.

For more information on booking Big Smo, please contact Booking Entertainment. One of our top booking agents will be happy to work on your behalf to get you the best possible price to book any big name entertainer for your upcoming public, private or corporate event worldwide.

Booking Entertainment works to get the best possible Big Smo booking fee and Big Smo price for our clients while also providing the celebrity or famous entertainer with the level of professionalism and industry norms that they expect from an event run by a professional booking agency and production management.

Booking Entertainment uses our agency / management relationships and over 25 years of production experience to help buyers of headline / top name entertainers and does not claim or represent itself as the exclusive Big Smo agent, manager or management company for any of the artists on our site.

Booking Entertainment does not claim or represent itself as the exclusive booking agency, business manager, publicist, speakers bureau or management for Big Smo or any artists or celebrities on this website.