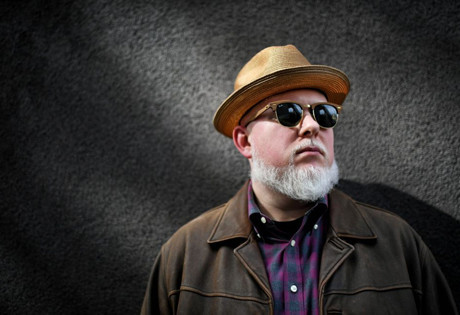 Start by filling out our no-obligation entertainment request form to check pricing and availability for Brother Ali or whoever else you may want.

Our Brother Ali agent will be happy to help you get Brother Ali's availability and booking fee, or the price and availability for any other A-List entertainer, band, comedian or celebrity you may want for your corporate event, private party, wedding, birthday party or public show.

The hip hop artist known as Brother Ali was born Ali Douglas Newman in 1977 in Madison, Wisconsin. Young Ali grew up moving throughout the Midwestern area of the United States, spending most of his formative years in Minneapolis, Minnesota, where he fell in love with music and began rapping while still in elementary school.

After converting to Islam as a teenager, Ali became more and more involved with the African American community, largely due to their acceptance of him regardless of his albinism, which often resulted in taunting from his Caucasian classmates. By the late 1990’s, he’d adopted the moniker Brother Ali and began to seriously pursue a career as a rap and hip hop artists.

Brother Ali released two albums (Rites of Passage and Shadows on the Sun) in 2000 and 2003, but neither rose into the charts. However, Ali’s third endeavor, The Undisputed Truth, was his big breakthrough. On the strength of the controversial single “Uncle Sam Goddamn,” The Undisputed Truth rose into the top ten on the indie charts and into both the mainstream and R&B charts as well. Performances on such notable shows as Late Night with Conan O’Brien and The Late Late Show further bolstered Ali’s growing fame and paved the way for a career which is still on the rise.

Since The Undisputed Truth, Brother Ali has released the albums US (2009) and Mourning in America and Dreaming In Color (2012.) He has also appeared as a guest artist on a number of singles, including: “The Truth” (with Jake One and Freeway); “So Wrong” (with Talib Kweli and Joell Ortiz); “Civil War” (with Chuck D and Killer Mike); and “Get Up Stand Up” (with Public Enemy.)

For more information on booking Brother Ali, please contact Booking Entertainment. One of our top booking agents will be happy to work on your behalf to get you the best possible price to book any big name entertainer for your upcoming public, private or corporate event worldwide.

Booking Entertainment works to get the best possible Brother Ali booking fee and Brother Ali price for our clients while also providing the celebrity or famous entertainer with the level of professionalism and industry norms that they expect from an event run by a professional booking agency and production management.

Booking Entertainment uses our agency / management relationships and over 25 years of production experience to help buyers of headline / top name entertainers and does not claim or represent itself as the exclusive Brother Ali agent, manager or management company for any of the artists on our site.

Booking Entertainment does not claim or represent itself as the exclusive booking agency, business manager, publicist, speakers bureau or management for Brother Ali or any artists or celebrities on this website.