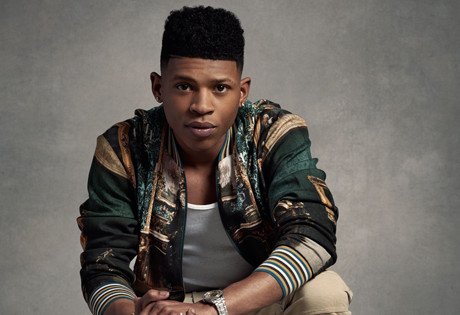 Start by filling out our no-obligation entertainment request form to check pricing and availability for Bryshere Y. Gray or whoever else you may want.

Our Bryshere Y. Gray agent will be happy to help you get Bryshere Y. Gray's availability and booking fee, or the price and availability for any other A-List entertainer, band, comedian or celebrity you may want for your corporate event, private party, wedding, birthday party or public show.

The American actor and rapper Bryshere Y. Gray is best known today for his role as Hakeem Lyon on the Fox network’s hit series, Empire. But long before his breakthrough, Gray grew up in 1993 in West Philadelphia, Pennsylvania. Gray, who also uses the moniker Yazz, or sometimes “Yazz the Greatest,” was as a child an avid fan of sports, playing football for his high school as a teenager. But when an injury sidelined him for a season, Bryshere discovered a love of music, in particular rap music, and he instead determined to pursue a career as a musician.

Eventually, Bryshere Y. Gray teamed up with Charlie Mack, with Mack serving as his manager. From there, he went on to perform at a number of music festivals, establishing a growing fan base and perfecting his craft. But his biggest breakthrough came in 2015 when he was offered the role of Hakeem Lyon on Empire. Since the show’s first season, Gray has been nominated for multiple People Choice Awards and two NAACP Image Awards for his role (for Outstanding Supporting Actor in a Drama Series and for Outstanding New Artist.)

Bryshere Y. Gray most recently signed his first major record label deal with Columbia Records, as a solo act. He is expected to enter the studio to prepare for a debut album in the coming months. Fans can continue to see Gray in his award-nominated role on Empire, which has been renewed for a second season.

For more information on booking Bryshere Y. Gray, please contact Booking Entertainment. One of our top booking agents will be happy to work on your behalf to get you the best possible price to book any big name entertainer for your upcoming public, private or corporate event worldwide.

Booking Entertainment works to get the best possible Bryshere Y. Gray booking fee and Bryshere Y. Gray price for our clients while also providing the celebrity or famous entertainer with the level of professionalism and industry norms that they expect from an event run by a professional booking agency and production management.

Booking Entertainment uses our agency / management relationships and over 25 years of production experience to help buyers of headline / top name entertainers and does not claim or represent itself as the exclusive Bryshere Y. Gray agent, manager or management company for any of the artists on our site.

Booking Entertainment does not claim or represent itself as the exclusive booking agency, business manager, publicist, speakers bureau or management for Bryshere Y. Gray or any artists or celebrities on this website.