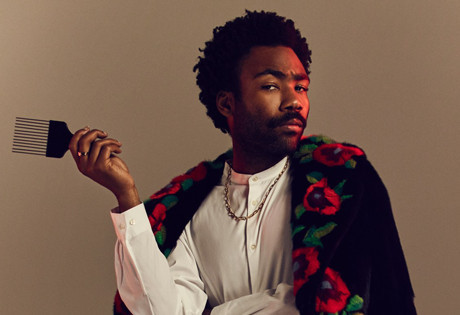 Start by filling out our no-obligation entertainment request form to check pricing and availability for Childish Gambino or whoever else you may want.

Our Childish Gambino agent will be happy to help you get Childish Gambino's availability and booking fee, or the price and availability for any other A-List entertainer, band, comedian or celebrity you may want for your corporate event, private party, wedding, birthday party or public show.

The American rapper, actor, and producer known as Childish Gambino was born Donald McKinley Glover, Jr. in 1983 and grew up in Stone Mountain, Georgia. After graduating from the DeKalb School of the Arts, Glover received his B.A. from New York University’s Tisch School of the Arts, and set his sights on a career as a writer. Glover’s first gig was as a writer for NBC on the series 30 Rock, and he received accolades for his contributions to the show.

But Glover had always harbored a love of music and a desire to express himself as a rapper, and so in 2008 he released a debut album under the name Childish Gambino. The album, Sick Boi, was followed by Poindexter, also released independently, in 2009. A third album, Culdesac, arrived in 2010, and by 2011 Childish Gambino had garnered the attention of Glassnote Records, which signed him to the label just in time to release his debut studio album, Camp, later the same year. The album spawned the single “Heartbeat” and set the stage for Because the Internet, which was released in 2013.  Because the Internet fared even better than Camp, spawning the singles “Crawl,” “Sweatpants,” and “3005,” the latter of which rose into the top twenty on the US and UK rap charts and earned him a Grammy nomination for Best Rap Performance.

In addition to his own releases, Childish Gambino has also appeared as a guest artist on a number of songs by other artists, including: Josh Osho (“Giants”); Leona Lewis (“Trouble”); Flux Pavilion (“Do or Die”); Jhene Aiko (“Bed Peace”); and Lion Babe (“Jump Hi.”) He has also devoted time to his stand-up comedy career in recent years; in 2010, Glover appeared in his own Comedy Central Special, earning him the Rising Comedy Star Award. Glover’s work as a comedic actor has earned him roles on the television show Girls, and in the films Alexander and the Terrible, Horrible, No Good, Very Bad Day; Magic Mike XXL; and The Martian.

Glover most recently began production on his own television series, Atlanta, which launched in 2015. As Childish Gambino, he continues to write, perform, and record while still pursuing other endeavors in film and television.

For more information on booking Childish Gambino, please contact Booking Entertainment. One of our top booking agents will be happy to work on your behalf to get you the best possible price to book any big name entertainer for your upcoming public, private or corporate event worldwide.

Booking Entertainment works to get the best possible Childish Gambino booking fee and Childish Gambino price for our clients while also providing the celebrity or famous entertainer with the level of professionalism and industry norms that they expect from an event run by a professional booking agency and production management.

Booking Entertainment uses our agency / management relationships and over 25 years of production experience to help buyers of headline / top name entertainers and does not claim or represent itself as the exclusive Childish Gambino agent, manager or management company for any of the artists on our site.

Booking Entertainment does not claim or represent itself as the exclusive booking agency, business manager, publicist, speakers bureau or management for Childish Gambino or any artists or celebrities on this website.