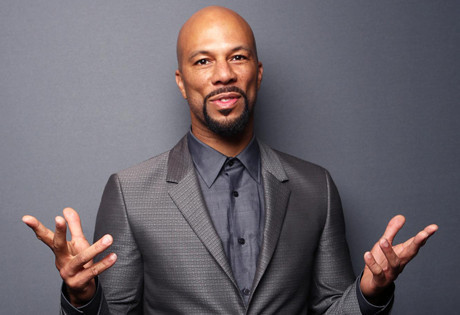 Start by filling out our no-obligation entertainment request form to check pricing and availability for Common or whoever else you may want.

Our Common agent will be happy to help you get Common's availability and booking fee, or the price and availability for any other A-List entertainer, band, comedian or celebrity you may want for your corporate event, private party, wedding, birthday party or public show.

The hip-hop artist known as Common was born Lonnie Rashid Lynn, Jr. in 1972 in Chicago. Long before Common rose to fame as the Academy Award winner who brought the moving hit song “Glory” to the film Selma, he fell in love with hip-hop while still a teenager, forming his first rap trio while he was still in high school. He continued to perform throughout his college years, and in 1992 his talents led him to be featured in The Source Magazine’s Unsigned Hype column. Within a year his debut single, “Take It EZ,” was released, followed by his debut album, Can I Borrow a Dollar?

Two years later, Common rose to critical acclaim with his sophomore endeavor, Resurrection. Following its release in 1994, Common began to collaborate with such notable musicians as Fat Joe, Biz Markie, and Wu-Tang Clan, appearing on the benefit album America is Dying Slowly in 1996. The album one Day It’ll All Make Sense followed in 1997, and since that time Common has released the albums: Like Water for Chocolate (2000), Electric Circus (2002), Be (2005), Finding Forever (2007), Universal Mind Control (2008), The Dreamer/The Believer (2011), and Cruel Summer (2012.) Many of Common’s singles have been critically acclaimed, especially “Love of My Life,” which brought Common the BET Awards for Video of the Year and Viewer’s Choice Award, and a Grammy for Best R&B Song.

In addition to his work in music, Common has also established an impressive career as an actor, appearing in such films as: Smokin’ Aces (2007), American Gangster (2007), Street Kings (2008), Terminator Salvation (2009), Date Night (2010), Just Wright (2010), Now You See Me (2013), and Pawn (2013.) Common has also launched his own clothing line, Softwear, in partnership with Microsoft, and published the memoir One Day It’ll All Make Sense, in 2011. Common is also known also for his advocacy for HIV/AIDS awareness and animal rights. His foundation, the Common ground Foundation, also seeks to empower disadvantaged youth throughout the nation and promote education and literacy.

Common most recently brought the entire Academy Award audience to their feet following an emotional, remarkable live performance of “Glory,” his collaboration with John Legend, which appears in the 2014 film Selma. The song earned Common and Legend an Academy Award for Best Song, and gave viewers one of the most moving Oscar acceptance speeches in recent years. In addition to his work as a poet, writer, and actor, Common continues to perform and record. His most recent album, Nobody’s Smiling, is scheduled for released in 2014.

For more information on booking Common, please contact Booking Entertainment. One of our top booking agents will be happy to work on your behalf to get you the best possible price to book any big name entertainer for your upcoming public, private or corporate event worldwide.

Booking Entertainment works to get the best possible Common booking fee and Common price for our clients while also providing the celebrity or famous entertainer with the level of professionalism and industry norms that they expect from an event run by a professional booking agency and production management.

Booking Entertainment uses our agency / management relationships and over 25 years of production experience to help buyers of headline / top name entertainers and does not claim or represent itself as the exclusive Common agent, manager or management company for any of the artists on our site.

Booking Entertainment does not claim or represent itself as the exclusive booking agency, business manager, publicist, speakers bureau or management for Common or any artists or celebrities on this website.