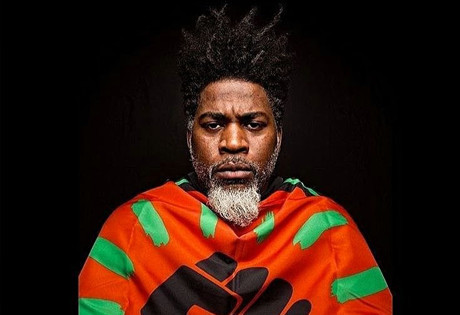 Start by filling out our no-obligation entertainment request form to check pricing and availability for David Banner or whoever else you may want.

Our David Banner agent will be happy to help you get David Banner's availability and booking fee, or the price and availability for any other A-List entertainer, band, comedian or celebrity you may want for your corporate event, private party, wedding, birthday party or public show.

The American rapper and producer known as David Banner was born Lavell William Crump in 1974 in Brookhaven, Mississippi. Initially, Banner had aspirations to become an educator, and after graduating from Southern University he enrolled at the University of Maryland Eastern Shore to pursue an M.A. in Education. But Banner left his studies to instead pursue a career in music.

In the late 1990’s, David Banner began recording and distributing his demo tapes. After teaming up with the independent label Big Face Records, Banner released his debut, Them Firewater Boyz, Vol. 1 in 2000, garnering attention from a number of radio stations which gave him some airplay. After signing with SRC Records, Banner released his major-label debut, Mississippi: The Album, which again featured the single “Like a Pimp”; the single rose into the top ten on the rap charts and into the top twenty on the R&B/Hip-Hop charts, setting the stage for Banner’s follow-up, MTA2: Baptized in Dirty Water.

Since that time, David Banner has released the additional albums: Certified (2005), The Greatest Story Ever Told (2008), and Death of a Pop Star (2010.) The albums spawned the additional top forty singles: “Play”; “Get Like Me” (featuring Chris Brown); “Shawty Say” (featuring Lil Wayne); and “Be With You” (featuring Marsha Ambrosius and Ludacris.) David Banner has also produced for fellow artists such as: Lil Wayne, Chris Brown, Snoop Dogg, Maroon 5, and Ludacris.

David Banner continues to perform and record. His latest album, The God Box, is expected to release in 2017.

For more information on booking David Banner, please contact Booking Entertainment. One of our top booking agents will be happy to work on your behalf to get you the best possible price to book any big name entertainer for your upcoming public, private or corporate event worldwide.

Booking Entertainment works to get the best possible David Banner booking fee and David Banner price for our clients while also providing the celebrity or famous entertainer with the level of professionalism and industry norms that they expect from an event run by a professional booking agency and production management.

Booking Entertainment uses our agency / management relationships and over 25 years of production experience to help buyers of headline / top name entertainers and does not claim or represent itself as the exclusive David Banner agent, manager or management company for any of the artists on our site.

Booking Entertainment does not claim or represent itself as the exclusive booking agency, business manager, publicist, speakers bureau or management for David Banner or any artists or celebrities on this website.