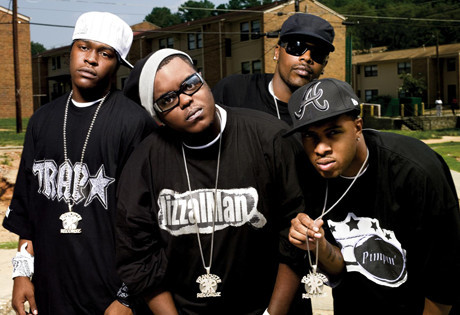 Start by filling out our no-obligation entertainment request form to check pricing and availability for Dem Franchize Boyz or whoever else you may want.

Dem Franchize Boyz released their self-titled debut in the fall of 2004. The album featured the BET favorite “White Tee,” and significant rotation on the network brought Dem Franchize Boyz to the attention of Jermaine Dupri, who re-signed the group to So So Def. Under Dupri’s guidance, Dem Franchize Boys re-recorded some of their earlier material, and a remix of “I Think They Like Me” featuring Da Brat, Bow Wow, and Dupri rose to the top of the R&B charts, establishing Dem Franchize Boyz as a legitimate rap group.

Since that time, Dem Franchize Boyz has released the chart-topping album On Top of Our Game (number one on the rap charts and number five on the mainstream charts); and the top ten rap album Our World, Our Way (2008.) The group’s most successful single to date is the song “Lean wit it, Rock wit It,” featuring Charlay and Lil Peanut; the single rose to the number one spot on the rap charts and into the top ten on the mainstream and R&B charts as well. Additional singles from Dem Franchize Boyz include: “Ridin’ Rims,” “Talkin’ Out da Side of Ya Neck,” and “Turn Heads,” but the group has also appeared as a featured artist on singles by Monica (“Everytime tha Beat Drop”) and Brooke Valentine (“Pimped Out.”)

Dem Franchize Boyz is a group on the rise, and certainly one to watch. The Boyz have recently begun plans on another album release set for the coming years, and they continue to tour and perform together.

For more information on booking Dem Franchize Boyz, please contact Booking Entertainment. One of our top booking agents will be happy to work on your behalf to get you the best possible price to book any big name entertainer for your upcoming public, private or corporate event worldwide.

Booking Entertainment works to get the best possible Dem Franchize Boyz booking fee and Dem Franchize Boyz price for our clients while also providing the celebrity or famous entertainer with the level of professionalism and industry norms that they expect from an event run by a professional booking agency and production management.

Booking Entertainment uses our agency / management relationships and over 25 years of production experience to help buyers of headline / top name entertainers and does not claim or represent itself as the exclusive Dem Franchize Boyz agent, manager or management company for any of the artists on our site.

Booking Entertainment does not claim or represent itself as the exclusive booking agency, business manager, publicist, speakers bureau or management for Dem Franchize Boyz or any artists or celebrities on this website.