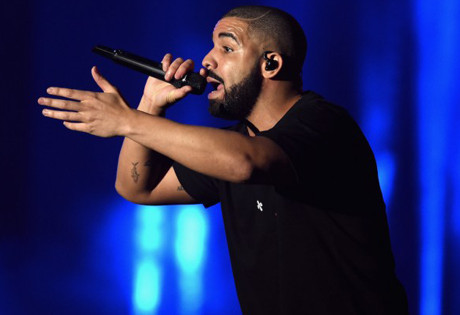 Start by filling out our no-obligation entertainment request form to check pricing and availability for Drake or whoever else you may want.

Our Drake agent will be happy to help you get Drake's availability and booking fee, or the price and availability for any other A-List entertainer, band, comedian or celebrity you may want for your corporate event, private party, wedding, birthday party or public show.

The Canadian actor and rapper known as Drake was born Aubrey Drake Graham in Toronto, Ontario. Drake was discovered by an agent when he was only fifteen years old, and his first acting role, as Jimmy Brooks on the series Degrassi: The Next Generation, led to a very successful one hundred and forty-five episode run. But Drake had always harbored dreams of becoming a musician, and so in the mid 2000’s he began to write and record his own music.

Drake’s independent debut was the mixtape Room for Improvement. Two more mixtapes followed – Comeback Season (2007) and So Far Gone (2009), bringing singles such as “Replacement Girl,” “Ransom,” and “I Want This Forever” to audiences, but the artist remained unsigned. So Far Gone, however, became one of the most successful self-released collections by a new artist for that year, encouraging Drake to release of his first EP featuring music from some of his mixtapes. The EP, also titled So Far Gone, rose into the top ten on the mainstream charts and brought Drake a Juno Award for Rap Recording of the Year in 2010.

Following a bidding war, Drake signed to Young Money Entertainment and released his debut album, Thank Me Later, in 2010. The album featured the top twenty single “Over” and earned Drake his first Grammy Award nomination, for Best Rap Solo Performance. It also rose to the number one spot on the mainstream charts and reached platinum status, a most auspicious beginning for a brand new musician.

Since that time, Drake has released the additional albums Take Care (2011) and Nothing Was the Same (2013.) Notable singles from Drake include: “Marvin’s Room,” “Headlines,” “Make Me Proud,” “The Motto,” “Take Care,” “HYFR (Hell Ya Fucking Right,” “Crew Love,” “Lord Knows,” “Started from the Bottom,” “All Me,” “Pound Cake,” “The Language,” “Too Much,” “Worst Behavior,” “Hotling Bling,” “Summer Sixteen,” and the chart-topping number one hit in collaboration with Wizkid and Kyla, “One Dance.”

Drake has so far earned a staggering twenty-seven Grammy Award nominations with one win. Billboard Magazine has tapped Drake as the “best rapper of 2014.” Drake’s most recent album, Views, arrived in 2016 and featured the singles “Fake Love” and “Two Birds, One Stone.” That year, he also collaborated with Rhianna on her chart-topping hit, “Work.”

For more information on booking Drake, please contact Booking Entertainment. One of our top booking agents will be happy to work on your behalf to get you the best possible price to book any big name entertainer for your upcoming public, private or corporate event worldwide.

Booking Entertainment works to get the best possible Drake booking fee and Drake price for our clients while also providing the celebrity or famous entertainer with the level of professionalism and industry norms that they expect from an event run by a professional booking agency and production management.

Booking Entertainment uses our agency / management relationships and over 25 years of production experience to help buyers of headline / top name entertainers and does not claim or represent itself as the exclusive Drake agent, manager or management company for any of the artists on our site.

Booking Entertainment does not claim or represent itself as the exclusive booking agency, business manager, publicist, speakers bureau or management for Drake or any artists or celebrities on this website.