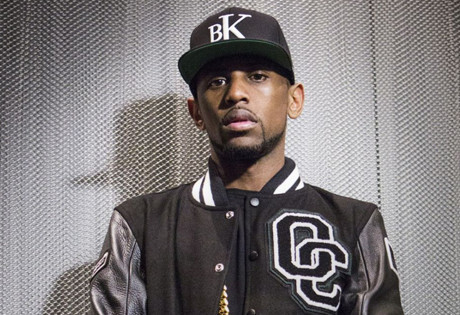 Start by filling out our no-obligation entertainment request form to check pricing and availability for Fabolous or whoever else you may want.

Our Fabolous agent will be happy to help you get Fabolous's availability and booking fee, or the price and availability for any other A-List entertainer, band, comedian or celebrity you may want for your corporate event, private party, wedding, birthday party or public show.

The American hip hop recording artist known as Fabolous was born John David Jackson in 1977 in New York City’s Brooklyn area. Fabolous began rapping while in high school, garnering attention from some local DJs and radio stations and eventually earning an offer for a recording contract from Elektra Records.

After signing with the label, Fabolous entered the studio to prepare for his debut album. The result, Ghetto Fabolous, spawned the hits singles “Can’t Deny It” and “Young’n (Holla Back)” upon its release in 2001, setting the stage for the follow-up album Street Dreams in 2003. Street Dreams gave audiences “Can’t Let You Go,” and “Into You,” both top five hits, and set the stage for the albums: Real Talk (2004), From Nothin’ to Somethin’ (2007), and Loso’s Way (2009.) Additional chart-topping singles from these albums include: “Baby,” “Make Me Better,” “Baby Don’t Go,” “Throw It in the Bag,” “You Be Killin’ Em,” and “Ready.” Fabolous’s albums also feature contributions from notable artists such as Young Jeezy, T-Pain, Jeremih, and Chris Brown.

In addition to his own albums and singles, Fabolous has lent his vocals to chart-topping R&B and rap hits such as: “Superwoman (Part 2)” and “4Eva” (both Lil’ Mo); “Basketball” ( Jermaine Dupri); “Dip It Low” ( Christina Milian); “Shawty Is a 10” (The Dream); “Finer Things” (DJ Felli Fel and Kanye West); “She Got Her Own” ( Jamie Foxx); “Money Goes, Money Stays” (Jay-Z); and “Say Ah” ( Trey Songz.) Over the years, Fabolous has been nominated for a number of industry awards with wins for Top Rap Song (for “Make Me Better” – ASCAP Rhythm and Soul Music Awards); and Viewer’s Choice (for “Throw It in the Bag” – BET Hip Hop Awards.) Fabolous has also had two Grammy Award nominations for Best Rap Performance and Best Rap Collaboration (for “Money Goes, Honey Stays” and “Dip It Low.”)

For more information on booking Fabolous, please contact Booking Entertainment. One of our top booking agents will be happy to work on your behalf to get you the best possible price to book any big name entertainer for your upcoming public, private or corporate event worldwide.

Booking Entertainment works to get the best possible Fabolous booking fee and Fabolous price for our clients while also providing the celebrity or famous entertainer with the level of professionalism and industry norms that they expect from an event run by a professional booking agency and production management.

Booking Entertainment uses our agency / management relationships and over 25 years of production experience to help buyers of headline / top name entertainers and does not claim or represent itself as the exclusive Fabolous agent, manager or management company for any of the artists on our site.

Booking Entertainment does not claim or represent itself as the exclusive booking agency, business manager, publicist, speakers bureau or management for Fabolous or any artists or celebrities on this website.