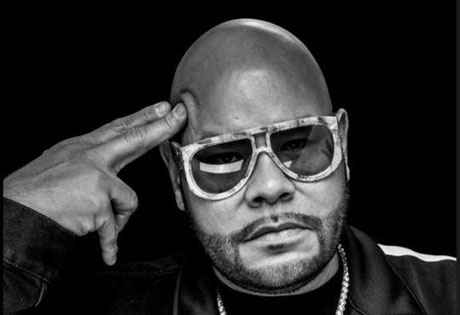 Start by filling out our no-obligation entertainment request form to check pricing and availability for Fat Joe or whoever else you may want.

Our Fat Joe agent will be happy to help you get Fat Joe's availability and booking fee, or the price and availability for any other A-List entertainer, band, comedian or celebrity you may want for your corporate event, private party, wedding, birthday party or public show.

Latino rapper Fat Joe (aka Fat Joe da Gangsta, Joey Crack, and his real name, Joe Cartagena) was raised in the South Bronx area of New York. It was through an older brother that Cartagena learned the ways of the street, as well as discovering rap music via the sounds of such groundbreaking artists as Theodore, Funky 4 + 1, and the Furious Five. Eventually going by the name of Fat Joe, the rapper secured a recording contract with the Relativity label in the early '90s, resulting in the release of his full-length debut, Represent, in 1993 (which spawned the single "Flow Joe," peaking at the number one spot on Billboard's Hot Rap Singles chart). Two years later, Fat Joe issued his sophomore effort, Jealous One's Envy, which included a cameo appearance by KRS-One as well as production contributions by the likes of DJ Premier, L.E.S., and Domingo. Around the same time, Fat Joe appeared on LL Cool J's big hit "I Shot Ya" (along with Foxy Brown and Keith Murray) and collaborated with Wu-Tang Clan's Raekwon on a track from the "Envy" single, called "Firewater." By the late '90s, Fat Joe had switched record labels (signing on with Atlantic) and tried his hand at other non-musical career ventures such as opening a clothing store called Fat Joe's Halftime, a barber shop, and a fashion line, FJ560. In addition, he signed a production and distribution deal with Atlantic Records and Mystic Entertainment (which he ran with a partner named Big Greg). 1998 saw the release of Fat Joe's debut for Atlantic, Don Cartagena, which featured cameo appearances by the likes of Puff Daddy, Nas, Raekwon, Big Pun, and Jadakiss (the LOX), following it up in 2001 with Jealous Ones Still Envy (J.O.S.E.), which included contributions from Ludacris, Petey Pablo, M.O.P., R. Kelly, and Remy. Loyalty followed in 2002, and All or Nothing arrived three years after that. The raw Me, Myself and I from 2006 found the rapper on his own Terror Squad imprint, which was distributed by EMI. His second album for the label, The Elephant in the Room, appeared in 2008.

For more information on booking Fat Joe, please contact Booking Entertainment. One of our top booking agents will be happy to work on your behalf to get you the best possible price to book any big name entertainer for your upcoming public, private or corporate event worldwide.

Booking Entertainment works to get the best possible Fat Joe booking fee and Fat Joe price for our clients while also providing the celebrity or famous entertainer with the level of professionalism and industry norms that they expect from an event run by a professional booking agency and production management.

Booking Entertainment uses our agency / management relationships and over 25 years of production experience to help buyers of headline / top name entertainers and does not claim or represent itself as the exclusive Fat Joe agent, manager or management company for any of the artists on our site.

Booking Entertainment does not claim or represent itself as the exclusive booking agency, business manager, publicist, speakers bureau or management for Fat Joe or any artists or celebrities on this website.