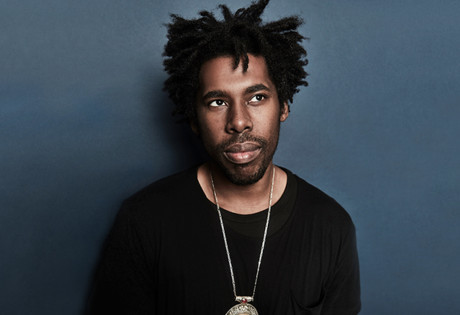 Start by filling out our no-obligation entertainment request form to check pricing and availability for Flying Lotus or whoever else you may want.

Our Flying Lotus agent will be happy to help you get Flying Lotus's availability and booking fee, or the price and availability for any other A-List entertainer, band, comedian or celebrity you may want for your corporate event, private party, wedding, birthday party or public show.

The artist known as Flying Lotus was born Steven Ellison in 1983 in Los Angeles, California. Ellison has an impressive family history of musical talent; his great uncle is none other than legendary saxophone player John Coltrane. After graduating from high school, Ellison initially pursued aspirations to work in film, entering the Los Angeles Film School. His experiences in film led to his unique style as a hip-hop musician, blending music with storytelling in nearly all of his works.

As Flying Lotus, Ellison’s big break came after he submitted some music to the Cartoon Network and soon found his work being featured on the channel regularly. Simultaneously, he began work on his debut album, titled 1983, which was released on the independent label Plug Research in 2006. The album earned Flying Lotus attention from Warp Records, and after signing with the label he entered the studio to prepare for his second album, his major label debut.

The album, Los Angeles, arrived in 2008 and set the stage for a career which has been on the rise ever since, giving audiences the additional critically acclaimed albums: Cosmogramma (2010), Until the Quiet Comes (2012), and You’re Dead! (2014.) In addition, Flying Lotus began rapping under the moniker Captain Murphy in 2012, releasing the mixtape titled Duality under that name as well.

Today, Flying Lotus, also known as FlyLo, is one of California’s most notable experimental artists, rappers, DJs, and producers. In addition to his own music, Flying Lotus has written film scores for the movies Until the Quiet Comes (2012), The Mapping of Countries Yet to Come (2012), and A Portrait of Noomi Rapace (2014.) He has also collaborated with such notable artists as Thundercat, Kendrick Lamar, Azizi Gibson, and Jeremiah Jae.

For more information on booking Flying Lotus, please contact Booking Entertainment. One of our top booking agents will be happy to work on your behalf to get you the best possible price to book any big name entertainer for your upcoming public, private or corporate event worldwide.

Booking Entertainment works to get the best possible Flying Lotus booking fee and Flying Lotus price for our clients while also providing the celebrity or famous entertainer with the level of professionalism and industry norms that they expect from an event run by a professional booking agency and production management.

Booking Entertainment uses our agency / management relationships and over 25 years of production experience to help buyers of headline / top name entertainers and does not claim or represent itself as the exclusive Flying Lotus agent, manager or management company for any of the artists on our site.

Booking Entertainment does not claim or represent itself as the exclusive booking agency, business manager, publicist, speakers bureau or management for Flying Lotus or any artists or celebrities on this website.