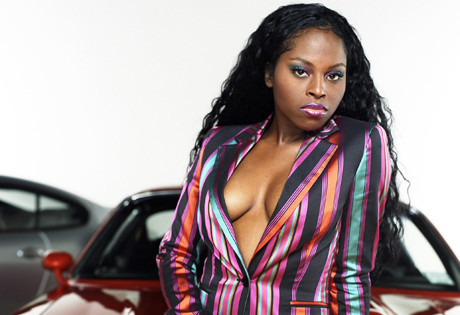 Start by filling out our no-obligation entertainment request form to check pricing and availability for Foxy Brown or whoever else you may want.

Our Foxy Brown agent will be happy to help you get Foxy Brown's availability and booking fee, or the price and availability for any other A-List entertainer, band, comedian or celebrity you may want for your corporate event, private party, wedding, birthday party or public show.

The model, rapper, and actress known as Foxy Brown was born Inga DeCarlo Fung Marchand in 1978 in New York. Young Inga fell in love with music at an early age and began competing in local talent contests while still in school. As a teenager, a fortuitous win at one such contest led to her discovery by a production team, which took the young talent under their wings and began including her in backup vocals on a number of high profile albums for other artists.

Foxy Brown’s work with such artists as Tony Braxton eventually led to her first contract offer from Def Jam Records when she was only seventeen years old.  Brown’s debut album, Ill Na Na, was released in 1996 and debuted at the number seven spot on the album charts. The album spawned the singles “Get Me Home” and “I’ll Be,” the latter featuring Jay-Z, which helped to boost record sales further. Shortly after its release, Foxy Brown teamed up with Nature, AZ, and Nas to form The Firm, a supergroup which released a self-titled album that rose to the number one spot on the charts and reached multi-platinum status.

Following the Firm, Foxy Brown released the additional solo albums Chyna Doll (1999) and Broken Silence (2001), featuring the songs “Big Bad Mamma,” “Hot Spot,” “I Can’t,” “B.K. Anthem,” and “Candy.” In recent years, Brown has switched from Def Jam Records to her own label, and has collaborated with a number of other artists on their works. Brown’s latest release is the street album Brooklyn Don Diva (2008), although she has announced plans for another album release to come soon.

For more information on booking Foxy Brown, please contact Booking Entertainment. One of our top booking agents will be happy to work on your behalf to get you the best possible price to book any big name entertainer for your upcoming public, private or corporate event worldwide.

Booking Entertainment works to get the best possible Foxy Brown booking fee and Foxy Brown price for our clients while also providing the celebrity or famous entertainer with the level of professionalism and industry norms that they expect from an event run by a professional booking agency and production management.

Booking Entertainment uses our agency / management relationships and over 25 years of production experience to help buyers of headline / top name entertainers and does not claim or represent itself as the exclusive Foxy Brown agent, manager or management company for any of the artists on our site.

Booking Entertainment does not claim or represent itself as the exclusive booking agency, business manager, publicist, speakers bureau or management for Foxy Brown or any artists or celebrities on this website.