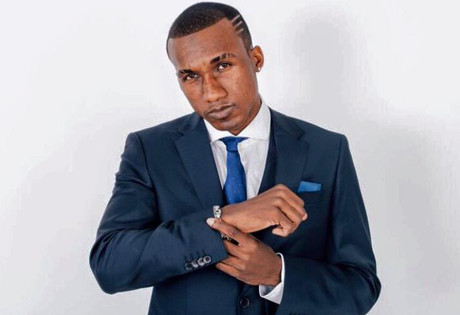 Start by filling out our no-obligation entertainment request form to check pricing and availability for Hopsin or whoever else you may want.

Our Hopsin agent will be happy to help you get Hopsin's availability and booking fee, or the price and availability for any other A-List entertainer, band, comedian or celebrity you may want for your corporate event, private party, wedding, birthday party or public show.

The rapper and producer known as Hopsin was born Marcus Jamal Hopsin in 1985 in Los Angeles, California. Hopsin grew up in the Panorama City area of LA,  where he developed an early love of skateboarding and rapping. By the time he was in his late teens, Hopsin was writing and recording his own tracks. Eventually, he caught the attention of Ruthless Records and signed with the label in 2007.

Hopsin’s debut single, “Pans in the Kitchen,” arrived in the following year, and paved the way for his debut album, Gazing at the Moonlight, which was released in 2009. The label did not adequately promote either work, however, and so Hopsin established his own label and began to independently release his own music to much greater success. Hopsin’s independent debut, the album Raw, arrived in 2010 and on the strength of the songs “Nocturnal Rainbows” and “Sag My Pants,” the album enjoyed greater success.

Hopsin’s mainstream breakthrough arrived in 2013, however, with the album Knock Madness, featuring guest appearances from such notable rappers was SwizZz, Tech N9ne, and Dizzy Wright.  Hopsin has become known for his tendency to wear white-colored contacts during performances, a gimmick he believes sets him apart from other rappers. Hopsin has also appeared in a number of films in small roles, and on television in bit parts, most notably Gilmore Girls, Malcolm in the Middle, and That’s So Raven.

For more information on booking Hopsin, please contact Booking Entertainment. One of our top booking agents will be happy to work on your behalf to get you the best possible price to book any big name entertainer for your upcoming public, private or corporate event worldwide.

Booking Entertainment works to get the best possible Hopsin booking fee and Hopsin price for our clients while also providing the celebrity or famous entertainer with the level of professionalism and industry norms that they expect from an event run by a professional booking agency and production management.

Booking Entertainment uses our agency / management relationships and over 25 years of production experience to help buyers of headline / top name entertainers and does not claim or represent itself as the exclusive Hopsin agent, manager or management company for any of the artists on our site.

Booking Entertainment does not claim or represent itself as the exclusive booking agency, business manager, publicist, speakers bureau or management for Hopsin or any artists or celebrities on this website.