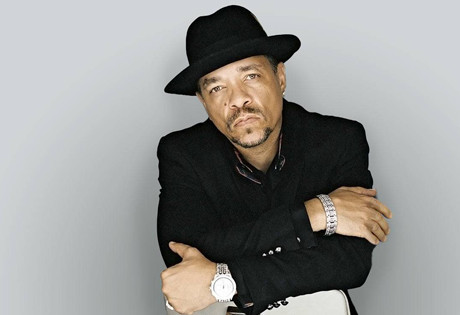 Start by filling out our no-obligation entertainment request form to check pricing and availability for Ice T or whoever else you may want.

Our Ice T agent will be happy to help you get Ice T's availability and booking fee, or the price and availability for any other A-List entertainer, band, comedian or celebrity you may want for your corporate event, private party, wedding, birthday party or public show.

The rapper and actor known at Ice-T was born Tracy Lauren Marrow in 1958 and grew up in Summit, New Jersey. As a young child, Ice-T encountered racial tensions even as early as elementary school, and the tragic loss of his mother to a heart attack when he was only in third grade made for an even more tumultuous childhood. The tragic loss of his father only a few years later sent Tracy to live with relatives for the rest of his formative years.

The move to Los Angeles placed Ice-T in the middle of the city’s gang culture and negative influences. It also, however, greatly influenced his growing love of music, and it wasn’t long before Ice-T began performing with friends in various groups. But music wasn’t enough to focus Ice-T on his education and future, and by the time he was seventeen he was selling drugs to support a girlfriend and child.

A turn to the Army resulted in a four-year tour for Marrow, during which time he developed a love of hip-hop. After leaving the military, he adopted the moniker Ice-T and began to pursue a career for himself as a musician. Shunning violence, gang life, and drugs, Ice-T instead focused on his craft, eventually winning an open mic competition which featured Kurtis Blow as one of the judges. The accomplishment led to the release of Ice-T’s debut single, “Cold Wind Madness,” in 1982. The song featured hardcore lyrics and thus did not receive heavy airplay, but established Ice-T’s career and slowly helped him to develop a following.

Ice-T continues to record and perform as a musical artist, but also continues his acting career on Law & Order. Ice-T is also the author of four books – The Ice Opinion: Who Gives a Fuck? (1994), Ice: A Memoir of Gangster Life and Redemption – from South Central to Hollywood (2011), Kings of Vice (2011), and most recently, Mirror Image (2013.)

For more information on booking Ice T, please contact Booking Entertainment. One of our top booking agents will be happy to work on your behalf to get you the best possible price to book any big name entertainer for your upcoming public, private or corporate event worldwide.

Booking Entertainment works to get the best possible Ice T booking fee and Ice T price for our clients while also providing the celebrity or famous entertainer with the level of professionalism and industry norms that they expect from an event run by a professional booking agency and production management.

Booking Entertainment uses our agency / management relationships and over 25 years of production experience to help buyers of headline / top name entertainers and does not claim or represent itself as the exclusive Ice T agent, manager or management company for any of the artists on our site.

Booking Entertainment does not claim or represent itself as the exclusive booking agency, business manager, publicist, speakers bureau or management for Ice T or any artists or celebrities on this website.