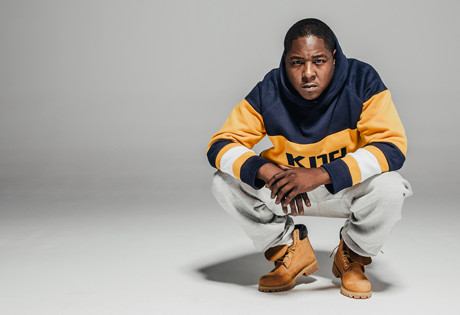 Start by filling out our no-obligation entertainment request form to check pricing and availability for Jadakiss or whoever else you may want.

Our Jadakiss agent will be happy to help you get Jadakiss's availability and booking fee, or the price and availability for any other A-List entertainer, band, comedian or celebrity you may want for your corporate event, private party, wedding, birthday party or public show.

The American rapper known as Jadakiss was born Jason Phillips in 1975. Phillips had been rapping throughout his youth, and so when at the age of sixteen he was offered an opportunity to compete in a rap competition in Florida, he jumped at the chance. The performance led to a relationship with Ruff Ryders Management (later Ruff Ryders Records), which nurtured Jason in the early years of his career.

After forming the rap group The Warlocks in the early 1990’s, Phillips signed his first record deal with Bad Boy Entertainment, through which he developed a strong friendship with The Notorious B.I.G. The Warlocks changed their name to The LOX, releasing the platinum-selling album Money, Power & Respect, but Jason had his eye on a solo career.

After adopting the moniker Jadakiss, Jason released his own debut album Kiss The Game Goodbye, featuring contributions from high profile musicians such as Snoop Dogg, The Alchemist, and Swizz Beatz. Although the album spawned the singles “Put Ya Hands Up,” “Knock Yourself Out,” and “We Gonna Make It,” it was only moderately successful. However, it paved the way for Jadakiss’s sophomore effort, Kiss of Death, which fared much better.

Kiss of Death spawned the hit single “Why?,” which rose into the top twenty on the mainstream charts and into the top five on the rap charts. The song “U Make Me Wanna” (featuring Mariah Carey) also fared well, leading to a deal with Jay-Z’s label Roc-A-Fella Records. Since signing with the label, Jadakiss has released the additional albums The Last Kiss (2009) and Top 5 Dead or Alive (2015), which have spawned the singles: “Can’t Stop Me” (featuring Ayanna Irish); “Letter to B.I.G.” (featuring Faith Evans); “Who’s Real” (featuring Swizz Beatz); and “Hold You Down” (featuring Emanny), to name a few.

Today, Jadakiss continues to perform and record, and has also launched his own creative collective, SoRaspy, under which most of his business endeavors operate. Jadakiss and Styles P most recently opened up a juice bar, called Juice for Life, in the Yonkers area of New York.

For more information on booking Jadakiss, please contact Booking Entertainment. One of our top booking agents will be happy to work on your behalf to get you the best possible price to book any big name entertainer for your upcoming public, private or corporate event worldwide.

Booking Entertainment works to get the best possible Jadakiss booking fee and Jadakiss price for our clients while also providing the celebrity or famous entertainer with the level of professionalism and industry norms that they expect from an event run by a professional booking agency and production management.

Booking Entertainment uses our agency / management relationships and over 25 years of production experience to help buyers of headline / top name entertainers and does not claim or represent itself as the exclusive Jadakiss agent, manager or management company for any of the artists on our site.

Booking Entertainment does not claim or represent itself as the exclusive booking agency, business manager, publicist, speakers bureau or management for Jadakiss or any artists or celebrities on this website.