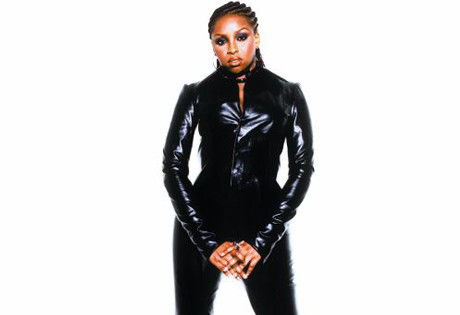 Start by filling out our no-obligation entertainment request form to check pricing and availability for Jaguar Wright or whoever else you may want.

Our Jaguar Wright agent will be happy to help you get Jaguar Wright's availability and booking fee, or the price and availability for any other A-List entertainer, band, comedian or celebrity you may want for your corporate event, private party, wedding, birthday party or public show.

R&B and soul singer Jaguar Wright was born in 1977 in Philadelphia, Pennsylvania. Wright’s big breakthrough came in 2001 after the hip-hop group The Roots invited her to join them on their tour as an opening act. Within a short period of time, Wright was providing backing vocals for such notable artists as Jay-Z.

In 2002, Jaguar signed her first recording deal with MCA Records. Her debut album, Denials Delusions and Decisions, arrived later that year and featured the single “The What If’s.” A second album followed, Divorcing Neo 2 Marry Soul in 2005, featuring the songs “Free” and “Flower.” Although Wright has not released any new albums in almost a decade, she continues to release new songs via her MySpace page, including the songs “Sometimes,” “Let’s Do It Again,” “Beautiful,” and “Surely Shawty.”

Over the last decade, Jaguar Wright has continued to tour extensively and frequently performs a number of popular covers. Jaguar Wright also recently served as a backup vocalist for Al Green, for his album Lay it Down (2008), and in 2011 she completed an extensive tour of Europe. In 2012, Jaguar Wright formed The Wright Experience featuring Jaguar Wright, an assembly of highly respected Philadelphia-based musician. The group performed for the first time in the fall of 2012.

For more information on booking Jaguar Wright, please contact Booking Entertainment. One of our top booking agents will be happy to work on your behalf to get you the best possible price to book any big name entertainer for your upcoming public, private or corporate event worldwide.

Booking Entertainment works to get the best possible Jaguar Wright booking fee and Jaguar Wright price for our clients while also providing the celebrity or famous entertainer with the level of professionalism and industry norms that they expect from an event run by a professional booking agency and production management.

Booking Entertainment uses our agency / management relationships and over 25 years of production experience to help buyers of headline / top name entertainers and does not claim or represent itself as the exclusive Jaguar Wright agent, manager or management company for any of the artists on our site.

Booking Entertainment does not claim or represent itself as the exclusive booking agency, business manager, publicist, speakers bureau or management for Jaguar Wright or any artists or celebrities on this website.