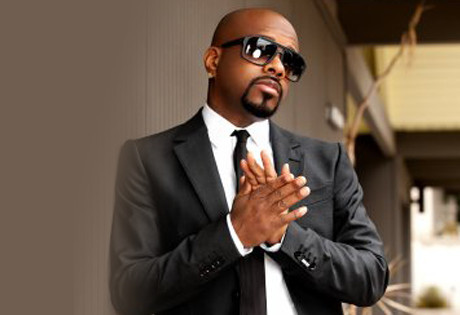 Start by filling out our no-obligation entertainment request form to check pricing and availability for Jermaine Dupri or whoever else you may want.

Our Jermaine Dupri agent will be happy to help you get Jermaine Dupri's availability and booking fee, or the price and availability for any other A-List entertainer, band, comedian or celebrity you may want for your corporate event, private party, wedding, birthday party or public show.

The American rapper and producer Jermaine Dupri was born in 1972. Dupri first arrived on the music scene at the young age of twelve, as a member of the hip hop group Whodini. By the time he was in his late teens, Jermaine had formed the hip hop duo Kris Kross, featuring Chris Smith and Chris Kelly. Kris Kross’s debut album, Totally Krossed Out, rose to multi-platinum status upon its release in 1992, giving audiences the hit songs “It’s a Shame” and “Jump.”

Following the success of Kris Kross, Jermaine Dupri founded So So Def Recordings, the label through which he produced music for such artists as Xscape, Da Brat, Lil’ Kim, Lil Bow Wow, Lil Wayne, and Destiny’s Child, for whom he produced the group’s debut album. Dupri also served as a producer for a number of Mariah Carey’s albums and he is also credited with bolstering Usher’s career through his production on many of his songs.

In 1998, Jermaine Dupri released his own debut album as a solo artist. Life in 1472 was critically acclaimed, receiving a Grammy nomination for Best Rap Album. In 2001, Dupri released his follow-up album, Instructions. Although Dupri has not released any additional new material since 2001, he continues to produce for many other artists. Throughout this career, Dupri has earned multiple Grammy nominations and one win, for Mariah Carey’s hit “We Belong Together.”

For more information on booking Jermaine Dupri, please contact Booking Entertainment. One of our top booking agents will be happy to work on your behalf to get you the best possible price to book any big name entertainer for your upcoming public, private or corporate event worldwide.

Booking Entertainment works to get the best possible Jermaine Dupri booking fee and Jermaine Dupri price for our clients while also providing the celebrity or famous entertainer with the level of professionalism and industry norms that they expect from an event run by a professional booking agency and production management.

Booking Entertainment uses our agency / management relationships and over 25 years of production experience to help buyers of headline / top name entertainers and does not claim or represent itself as the exclusive Jermaine Dupri agent, manager or management company for any of the artists on our site.

Booking Entertainment does not claim or represent itself as the exclusive booking agency, business manager, publicist, speakers bureau or management for Jermaine Dupri or any artists or celebrities on this website.