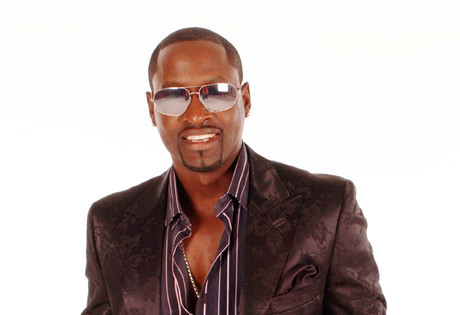 Start by filling out our no-obligation entertainment request form to check pricing and availability for Johnny Gill or whoever else you may want.

Our Johnny Gill agent will be happy to help you get Johnny Gill's availability and booking fee, or the price and availability for any other A-List entertainer, band, comedian or celebrity you may want for your corporate event, private party, wedding, birthday party or public show.

Johnny Gill was born in 1966 in Washington, DC. Long before he rose to fame as a member of the R&B group New Edition, young Johnny was singing in his church choir alongside his siblings; his love of music led to the full-time pursuit of it as a career, even before he graduated from high school. When Gill was only seventeen, he recorded his first demo, which caught the attention of Atlantic Records. The label signed him immediately, and launched his career as a solo artist.

Gill’s self-titled debut was released in 1983 and featured the singles “Super Love,” and “When Something Is Wrong with my Baby.” The album was a hit, but Johnny Gill’s solo career took a different turn when Bobby Brown left New Edition in need of a lead singer in 1987. With New Edition, Johnny Gill recorded the album Heart Break, featuring the hit songs “Boys to Men,” “N.E. Heartbreak,” “Can You Stand the Rain,” and “If It Isn’t Love.” Gill resumed his solo career in 1990, though, releasing the albums: Johnny Gill (1990), Provocative (1993), and Let’s Get the Mood Right (1995), featuring the songs “Rub You the Right Way,” “My, My, My,” “Wrap My Body Tight,” “Fairweather Friend,” “Slow and Sexy,” “The Floor,” and “Silent Prayer.”

In addition to his career as a singer, Johnny Gill has also acted in dozens of different roles, most recently in the plays A Mother’s Prayer (2009) and Lord all Men Can’t Be Dogs (2011.) Johnny Gill rejoined fellow New Edition members Bobby Brown and Ralph Tresvant in 2008 to form the group Heads of State, which is still performing and touring. Around the same time, Gill signed a new record deal with Notifi Records and released his next solo album, Still Winning, in 2011.

For more information on booking Johnny Gill, please contact Booking Entertainment. One of our top booking agents will be happy to work on your behalf to get you the best possible price to book any big name entertainer for your upcoming public, private or corporate event worldwide.

Booking Entertainment works to get the best possible Johnny Gill booking fee and Johnny Gill price for our clients while also providing the celebrity or famous entertainer with the level of professionalism and industry norms that they expect from an event run by a professional booking agency and production management.

Booking Entertainment uses our agency / management relationships and over 25 years of production experience to help buyers of headline / top name entertainers and does not claim or represent itself as the exclusive Johnny Gill agent, manager or management company for any of the artists on our site.

Booking Entertainment does not claim or represent itself as the exclusive booking agency, business manager, publicist, speakers bureau or management for Johnny Gill or any artists or celebrities on this website.