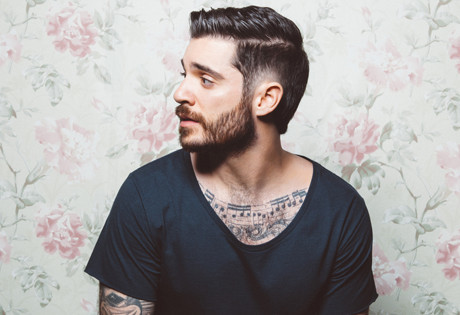 Start by filling out our no-obligation entertainment request form to check pricing and availability for Jon Bellion or whoever else you may want.

Our Jon Bellion agent will be happy to help you get Jon Bellion's availability and booking fee, or the price and availability for any other A-List entertainer, band, comedian or celebrity you may want for your corporate event, private party, wedding, birthday party or public show.

The American rapper and songwriter Jon Bellion was born in 1990 in Long Island, New York. Bellion rose to prominence first with the mixtape Scattered Thoughts Vol. 1, which became an internet sensation with over 10,000 downloads through Jon’s Facebook page.

Three additional mixtapes followed, all of them available in digital download format only, and by 2014 Jon Bellion’s talents had caught the attention of Capitol Records. After signing with the label, Bellion launched an extensive tour to further promote an upcoming debut album, and throughout 2014 and 2015 he released a number of singles, including: “Guillotine,” “80’s Films,” and “Maybe IDK.” In addition to his own work, Bellion also contributed to Eminem’s Grammy-award winning single “The Monster,” and co-produced Jason Derulo’s single “Trumpets.”

Jon Bellion released his debut studio album, The Human Condition, in the summer of 2016, and it debuted at the number five spot on the mainstream charts. Clearly, Bellion is a new star on the rise and one to watch in the coming years. Aside from his album debut, Jon Bellion can also be heard providing vocals on the Zedd single, “Beautiful Now.”

For more information on booking Jon Bellion, please contact Booking Entertainment. One of our top booking agents will be happy to work on your behalf to get you the best possible price to book any big name entertainer for your upcoming public, private or corporate event worldwide.

Booking Entertainment works to get the best possible Jon Bellion booking fee and Jon Bellion price for our clients while also providing the celebrity or famous entertainer with the level of professionalism and industry norms that they expect from an event run by a professional booking agency and production management.

Booking Entertainment uses our agency / management relationships and over 25 years of production experience to help buyers of headline / top name entertainers and does not claim or represent itself as the exclusive Jon Bellion agent, manager or management company for any of the artists on our site.

Booking Entertainment does not claim or represent itself as the exclusive booking agency, business manager, publicist, speakers bureau or management for Jon Bellion or any artists or celebrities on this website.