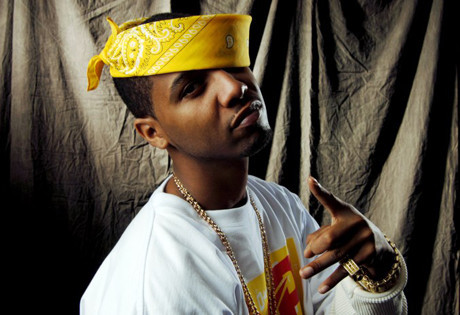 Start by filling out our no-obligation entertainment request form to check pricing and availability for Juelz Santana or whoever else you may want.

Our Juelz Santana agent will be happy to help you get Juelz Santana's availability and booking fee, or the price and availability for any other A-List entertainer, band, comedian or celebrity you may want for your corporate event, private party, wedding, birthday party or public show.

The American rapper and actor Juelz Santana was born LaRon Luis James in 1982 in New York City. Santana grew up in the city’s Harlem area, and he became enamored with the local rap scene when he was still in elementary school. By the time he was twelve, he’d already established his first group – a duo – and signed to Priority Records. Although the duo was short lived, Juelz joined the group The Diplomats, switching to Roc-A-Fella Records in 2002.

Juelz Santana began working on his solo debut shortly after joining The Diplomats, and in 2003, he released From Me To U. The album was a huge success for Juelz, rising into the top ten on the mainstream charts and setting the stage for the follow-up album What the Game’s Been Missing! (2005.) Notable singles include “There It Go (The Whistle Song)” and “Oh Yes,” both of which rose into the top ten on the rap charts. Santana also contributed vocals to the number one rap and R&B hit, “Oh Boy” and the top five rap hit “Hey Ma” (both by Cam’ron), and the number one mainstream hit “Run It” (Chris Brown.)

Between 2005 and 2011, Juelz Santana also appeared in a few films: State Property 2 (2005), Killa Season (2006), The Project (2011) and Video Girl (2011.) Since 2011, Santana has also appeared on the show Love & Hip Hop: New York. Although he hasn’t released any new material in recent years, Juelz continues to perform and record. He is currently working on his next studio album, Born to Lose, Built to Win, scheduled for release in the coming year.

For more information on booking Juelz Santana, please contact Booking Entertainment. One of our top booking agents will be happy to work on your behalf to get you the best possible price to book any big name entertainer for your upcoming public, private or corporate event worldwide.

Booking Entertainment works to get the best possible Juelz Santana booking fee and Juelz Santana price for our clients while also providing the celebrity or famous entertainer with the level of professionalism and industry norms that they expect from an event run by a professional booking agency and production management.

Booking Entertainment uses our agency / management relationships and over 25 years of production experience to help buyers of headline / top name entertainers and does not claim or represent itself as the exclusive Juelz Santana agent, manager or management company for any of the artists on our site.

Booking Entertainment does not claim or represent itself as the exclusive booking agency, business manager, publicist, speakers bureau or management for Juelz Santana or any artists or celebrities on this website.