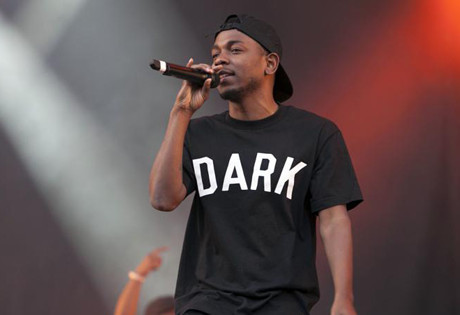 Start by filling out our no-obligation entertainment request form to check pricing and availability for Kendrick Lamar or whoever else you may want.

Our Kendrick Lamar agent will be happy to help you get Kendrick Lamar's availability and booking fee, or the price and availability for any other A-List entertainer, band, comedian or celebrity you may want for your corporate event, private party, wedding, birthday party or public show.

Kendrick Lamar was born in 1987 in Compton, California. By the time he was a teenager, young Kendrick had already spent years idolizing such notable artists as Dr. Dre and Tupac Shakur, and their influence had a profound effect on Kendrick’s eventually choice of profession. Despite a stellar high school academic record, Kendrick set his sights on a career as a performer, and released his first mixtape when he was only sixteen. Youngest Head Nigga in Charge (Hub City Threat: Minor of the Year) arrived initially under a pseudonym, but after garnering attention from Top Dawg Entertainment, Kendrick released Training Day (2005), a second mixtape.

For the next few years, Lamar toured alongside some of the biggest names in rap and hip hop, and by 2009, he released his first EP under his own name. Additional mixtapes followed, until he released his major label debut album, good kid, m.A.A.d city, in 2012. The album was a smash success, earning young Lamar critical acclaim and spawning the hit singles “Bitch, Don’t Kill My Vibe,” “Swimming Pools (Drank),” and “Poetic Justice,” all of which rose into the top forty on the charts. Eventually, good kid, m.A.A.d city reached number two on the charts, reached platinum status, and earned Kendrick MTV’s recognition as the number one Hottest MC in the Game for 2013. He also earned multiple BET Awards, for Best Collaboration (for “Problems”), Best Male Hip-Hop Artist, and Best New Artist, and awards in the Hip Hop specific categories for Lyricist of the Year and Album of the Year, in addition to multiple other nominations.

Most recently, Kendrick Lamar collaborated with Big Sean on the single “Control” and announced that he would be touring alongside Kanye West in the coming months. Lamar is definitely a star on the rise, and has plans for additional performances and album releases in the coming years.

For more information on booking Kendrick Lamar, please contact Booking Entertainment. One of our top booking agents will be happy to work on your behalf to get you the best possible price to book any big name entertainer for your upcoming public, private or corporate event worldwide.

Booking Entertainment works to get the best possible Kendrick Lamar booking fee and Kendrick Lamar price for our clients while also providing the celebrity or famous entertainer with the level of professionalism and industry norms that they expect from an event run by a professional booking agency and production management.

Booking Entertainment uses our agency / management relationships and over 25 years of production experience to help buyers of headline / top name entertainers and does not claim or represent itself as the exclusive Kendrick Lamar agent, manager or management company for any of the artists on our site.

Booking Entertainment does not claim or represent itself as the exclusive booking agency, business manager, publicist, speakers bureau or management for Kendrick Lamar or any artists or celebrities on this website.