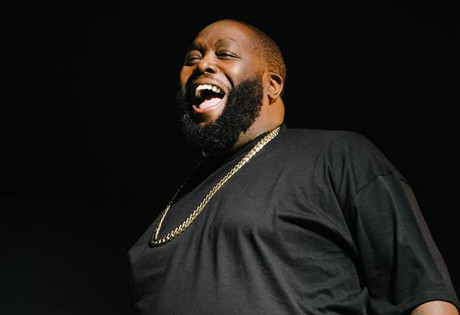 Start by filling out our no-obligation entertainment request form to check pricing and availability for Killer Mike or whoever else you may want.

Our Killer Mike agent will be happy to help you get Killer Mike's availability and booking fee, or the price and availability for any other A-List entertainer, band, comedian or celebrity you may want for your corporate event, private party, wedding, birthday party or public show.

The American hip hop artist known as Killer Mike was born Michael Render in 1975 in Atlanta, Georgia. Killer Mike rose to prominence in the 2000’s, providing a feature appearance on the Outkast song “The Whole World,” which earned a Grammy Award for Best Rap Performance by a Duo or Group. The success of the single and Killer Mike’s contribution led to his debut album, Monster, which arrived in 2003.

Monster featured the song “A.D.I.D.A.S.,” which rose into the charts and peaked at the number sixty spot. Since Monster, Killer Mike has released the albums: I Pledge Allegiance to the Grind (2006), I Pledge Allegiance to the Grind II (2008), Underground Atlanta (2009), PL3DGE (2011), and R.A.P. Music (2012.) Although the albums do not feature singles which have charted as high as “A.D.I.D.A.S.,” Killer Mike is featured on the chart-topping R&B and rap hits “Land of a Million Drums” (with Outkast and Sleepy Brown) and “Never Scared” (with Bone Crusher and T.I.) In recent years, Killer Mike has worked in collaboration with the producer EI-P to create the duo Run the Jewels. The duo has released two self-titled albums so far and is scheduled to release a third in 2016.

In addition to his work as a musician, Killer Mike has made appearances as an in the movies 20 Funerals, Idelwild, and ATL. He and his wife also own a traditional style barbershop in Atlanta, Georgia. The establishment has become a gathering place for the local African American community and its success has been on the rise since it opened. Known for his outspoken activism, Killer Mike also frequently speaks publicly on issues such as racism and social inequality.

For more information on booking Killer Mike, please contact Booking Entertainment. One of our top booking agents will be happy to work on your behalf to get you the best possible price to book any big name entertainer for your upcoming public, private or corporate event worldwide.

Booking Entertainment works to get the best possible Killer Mike booking fee and Killer Mike price for our clients while also providing the celebrity or famous entertainer with the level of professionalism and industry norms that they expect from an event run by a professional booking agency and production management.

Booking Entertainment uses our agency / management relationships and over 25 years of production experience to help buyers of headline / top name entertainers and does not claim or represent itself as the exclusive Killer Mike agent, manager or management company for any of the artists on our site.

Booking Entertainment does not claim or represent itself as the exclusive booking agency, business manager, publicist, speakers bureau or management for Killer Mike or any artists or celebrities on this website.