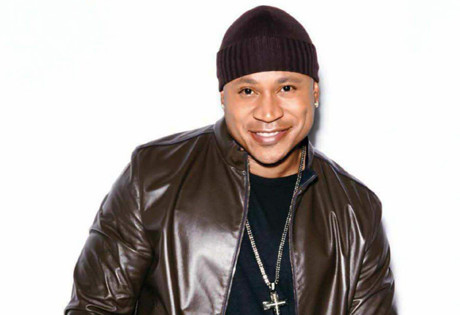 Start by filling out our no-obligation entertainment request form to check pricing and availability for LL Cool J or whoever else you may want.

Our LL Cool J agent will be happy to help you get LL Cool J's availability and booking fee, or the price and availability for any other A-List entertainer, band, comedian or celebrity you may want for your corporate event, private party, wedding, birthday party or public show.

Legendary American rapper and actor LL Cool J was born James Todd Smith in 1968 in Bay Shore, New York. Today, LL Cool J is recognized as one of the early pioneers of the pop rap genre, but long before he rose to fame in the 1980’s, he started rapping while in elementary school, largely inspired by local hip-hop groups. As luck would have it, LL Cool J was prepping his own demo tapes around the same time that Russell Simmons was founding his Def Jam label; the promoter was impressed enough by LL Cool J’s talent that he signed him to the label.

In 1984, LL Cool J had released his debut single, “I Need a Beat,” garnering the attention of Columbia Records for a distribution deal. With a major label behind him, LL Cool J entered the studio to prepare for his debut album. The result, Radio, was met with critical acclaim and commercial success upon its release in 1985. The album had peaked at the number six spot on the hip-hop charts and rose to the number forty-six spot on the mainstream charts. By 1988, Radio had reached platinum status, highly unusual for a hip-hop record at the time.

In the early 1990’s, LL Cool J also started a film career, appearing on the big screen for the first time in the 1991 film The Hard Way, in the role of Detective Billy. Since then, he’s appeared in film and on television in various roles, including: Roger in Caught Up (1998); Jiggy Walker in Oz (1998); Julian Washington in Any Given Sunday (1999); Marcus Ridley in Rollerball (2002); and Sean Williams in Last Holiday (2006); Since 2009, LL Cool J also appears on NCIS: Los Angeles, in the recurring role of Special Agent Sam Hanna.

For more information on booking LL Cool J, please contact Booking Entertainment. One of our top booking agents will be happy to work on your behalf to get you the best possible price to book any big name entertainer for your upcoming public, private or corporate event worldwide.

Booking Entertainment works to get the best possible LL Cool J booking fee and LL Cool J price for our clients while also providing the celebrity or famous entertainer with the level of professionalism and industry norms that they expect from an event run by a professional booking agency and production management.

Booking Entertainment uses our agency / management relationships and over 25 years of production experience to help buyers of headline / top name entertainers and does not claim or represent itself as the exclusive LL Cool J agent, manager or management company for any of the artists on our site.

Booking Entertainment does not claim or represent itself as the exclusive booking agency, business manager, publicist, speakers bureau or management for LL Cool J or any artists or celebrities on this website.