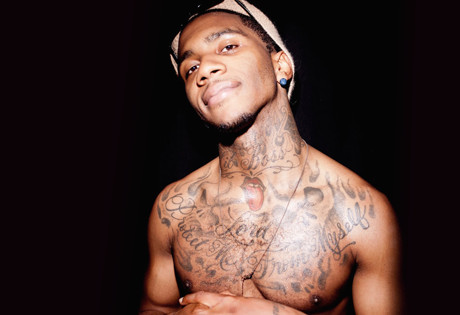 Start by filling out our no-obligation entertainment request form to check pricing and availability for Lil B or whoever else you may want.

Our Lil B agent will be happy to help you get Lil B's availability and booking fee, or the price and availability for any other A-List entertainer, band, comedian or celebrity you may want for your corporate event, private party, wedding, birthday party or public show.

The rapper known as Lil B was born Brandon McCartney in 1989 in Berkeley, California. Lil B began his career rapping with the San Francisco group The Pack when he was only sixteen years old. Lil B quickly become well-known in the area, and with The Pack, he enjoyed his first hit, with the song “Vans.” Following the surprise success of the group’s single, The Pack released their debut album, Based Boys, in 2007.

The group continued to perform well, and Lil B’s popularity as a solo artist began to rise through his use of social media and self-propelled marketing. Between 2007 and 2010, Lil B recorded over 1500 of his own songs, all of which were distributed via digital download at no charge. So far in his career, Lil B has released seven albums available through digital download: I’m Thraxx (2009), 6 Kiss (2009), Rain in England (2010), Angels Exodus (2011), I’m Gay (I’m Happy) (2011), Choices and Flowers (2012) and Tears 4 God (2012.) The latter two were released under the moniker The BasedGod. These albums are in addition to the dozens of mixtapes he has also released via online marketing and digital media outlets.

Lil B has also appeared as a guest artist on works by many other notable performers, including: “30 Thousand 100 Million,” “Make IT Work Remix,” and “I Got That Sack” (all with Soulja Boy); “Bad Captain Swag” (with Sole and the Skyrider Band); and “Grove St. Party Freestyle” (with Lil Wayne.) Lil B has also published his first book, Takin’ Over by Imposing the Positive, released in 2009. The book is a collection of texts, emails, and other communications which provides an interaction with the reader.

Hiring Lil B For Corporate Events, Private Parties And Public Concerts Is Easy With Booking Entertainment

For more information on booking Lil B, please contact Booking Entertainment. One of our top booking agents will be happy to work on your behalf to get you the best possible price to book any big name entertainer for your upcoming public, private or corporate event worldwide.

Booking Entertainment works to get the best possible Lil B booking fee and Lil B price for our clients while also providing the celebrity or famous entertainer with the level of professionalism and industry norms that they expect from an event run by a professional booking agency and production management.

Booking Entertainment uses our agency / management relationships and over 25 years of production experience to help buyers of headline / top name entertainers and does not claim or represent itself as the exclusive Lil B agent, manager or management company for any of the artists on our site.

Booking Entertainment does not claim or represent itself as the exclusive booking agency, business manager, publicist, speakers bureau or management for Lil B or any artists or celebrities on this website.