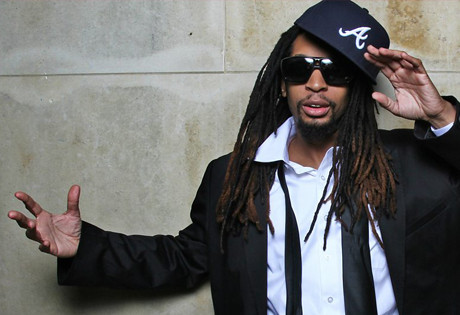 Start by filling out our no-obligation entertainment request form to check pricing and availability for Lil Jon or whoever else you may want.

Our Lil Jon agent will be happy to help you get Lil Jon's availability and booking fee, or the price and availability for any other A-List entertainer, band, comedian or celebrity you may want for your corporate event, private party, wedding, birthday party or public show.

The American rapper Lil Jon was born Jonathan Smith in 1971 in Atlanta, Georgia. After graduating from high school, Lil Jon began work as a DJ in a variety of area nightclubs, until he formed his own group, Lil Jon & the East Side Boyz, alongside fellow rappers Lil’ Bo and Big Sam. The trio released their debut, Get Crunk, Who U Wit: Da Album, in 1997, to moderate success. The follow-up album, We Still Crunk, fared much better, though, spawning the hite single “I Like Those Girls,” which rose into the top ten on the rap charts.

Eventually Lil Jon & the East Side Boyz garnered the attention of TVT Records, which released their next album, Put Yo Hood Up, spawning the song “Bia’ Bia,” which became the first of Lil Jon’s singles to make it into the Billboard Hot 100 and the R&B charts as well. The trio released two more albums (Kings of Crunk in 2002 and Crunk Juice in 2004), before Lil Jon began to pursue his own solo projects and establish himself as an artist in his own right.

As a solo artist, Lil Jon released the album Crunk Rock in 2010, although he has continued to collaborate with his East Side Boyz while still pursuing solo endeavors. In addition to his music, Lil Jon has also become a presence on the screen, both big and small, appearing on The Celebrity Apprentice and the All-Star Celebrity Apprentice, and in the films: Soul Plane (2004), Date Movie (2006), Scary Movie 4 (2006), Class of 3000 (2007), Smoke and Mirrors (2008), and Pimp My Ride (2009.) Lil Jon continues to record and perform as a solo artist, and with the East Side Boyz.

For more information on booking Lil Jon, please contact Booking Entertainment. One of our top booking agents will be happy to work on your behalf to get you the best possible price to book any big name entertainer for your upcoming public, private or corporate event worldwide.

Booking Entertainment works to get the best possible Lil Jon booking fee and Lil Jon price for our clients while also providing the celebrity or famous entertainer with the level of professionalism and industry norms that they expect from an event run by a professional booking agency and production management.

Booking Entertainment uses our agency / management relationships and over 25 years of production experience to help buyers of headline / top name entertainers and does not claim or represent itself as the exclusive Lil Jon agent, manager or management company for any of the artists on our site.

Booking Entertainment does not claim or represent itself as the exclusive booking agency, business manager, publicist, speakers bureau or management for Lil Jon or any artists or celebrities on this website.