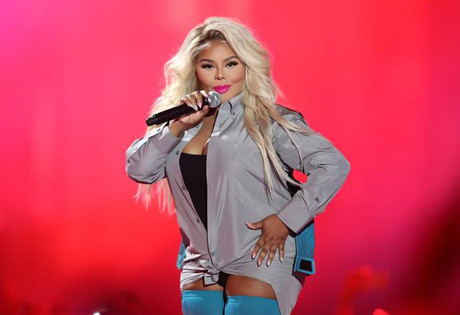 Start by filling out our no-obligation entertainment request form to check pricing and availability for Lil’ Kim or whoever else you may want.

Our Lil’ Kim agent will be happy to help you get Lil’ Kim's availability and booking fee, or the price and availability for any other A-List entertainer, band, comedian or celebrity you may want for your corporate event, private party, wedding, birthday party or public show.

The singer known as Lil’ Kim was born Kimberly Denise Jones in 1974 in Brooklyn, New York. Lil’ Kim had a tumultuous childhood; following her parents’ divorce, she frequently found herself living on the streets. A fortuitous meeting with Notorious B.I.G. in 1994 led to Lil’ Kim’s inclusion in the group Junior M.A.F.I.A, and although the group’s career was short-lived, the success of their single album, Conspiracy, was enough to convince Lil’ Kim that she’d found her professional calling.

After leaving the group, Lil’ Kim launched her solo career and released her debut album, Hard Core, in 1996. The endeavor was extraordinarily successful, rising to the top of the Billboard charts and establishing Lil’ Kim as one of the hottest female rappers of the era. The album spawned the hits “No Time” and “Crush on You,” driving it to multi-platinum status and paving the way for Lil’ Kim’s future albums: The Notorious K.I.M. (2000), La Bella Mafia (2003), and The Naked Truth (2005.) The albums spawned the hit singles “No Matter What They Say,” “The Jump Off,” “Magic Stick,” “Lighters Up,” “Whoa,” and “Download,” but perhaps the single for which she is best known is her collaboration with Mya, Pink, and Christina Aguilera on the song “Lady Marmalade” for the hit film Moulin Rouge.

In addition to her music and often highly controversial fashion choices, Lil’ Kim is also known and respected for her work in support of AIDS research and awareness. Lil’ Kim has also appeared in a number of films, including She’s All That (1999), Juwanna Mann (2002), Those Who Walk in Darkness (2003), Gang of Roses (2003), Lil’ Pimp (2005), and Superhero Movie (2008.)

For more information on booking Lil’ Kim, please contact Booking Entertainment. One of our top booking agents will be happy to work on your behalf to get you the best possible price to book any big name entertainer for your upcoming public, private or corporate event worldwide.

Booking Entertainment works to get the best possible Lil’ Kim booking fee and Lil’ Kim price for our clients while also providing the celebrity or famous entertainer with the level of professionalism and industry norms that they expect from an event run by a professional booking agency and production management.

Booking Entertainment uses our agency / management relationships and over 25 years of production experience to help buyers of headline / top name entertainers and does not claim or represent itself as the exclusive Lil’ Kim agent, manager or management company for any of the artists on our site.

Booking Entertainment does not claim or represent itself as the exclusive booking agency, business manager, publicist, speakers bureau or management for Lil’ Kim or any artists or celebrities on this website.