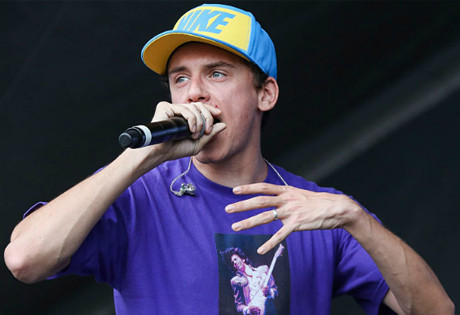 Start by filling out our no-obligation entertainment request form to check pricing and availability for Logic or whoever else you may want.

Our Logic agent will be happy to help you get Logic's availability and booking fee, or the price and availability for any other A-List entertainer, band, comedian or celebrity you may want for your corporate event, private party, wedding, birthday party or public show.

The rapper known as Logic was born Sir Robert Bryson Hall II in 1990 in Gaithersburg, MD.  Logic grew up in a challenging home environment, as both parents suffered from addiction and the young artist had very little guidance during his formative years. It wasn’t a surprise when he dropped out of school and left his mother’s home as a teenager, but Logic found solace in music and began to pursue a career as a musician.

In 2009, Logic adopted the moniker Psychological and released his debut mixtape, Psychological: The Mixtape. He garnered some interest in the rap industry, and established himself as an up-and-coming artist, and soon he started to receive offers to open for such notable artists as Method Man, Ludacris, and Pitbull. By 2010, he’d ditched the name Psychological, changing his name to Logic, and released the mixtape Young, Broke, and Infamous, which garnered the attention of the independent record label Visionary Music Group.

Since that time, Logic’s star has been on the rise. He has continued to perform, opening for such artists as Tyler, The Creator, Big Sean, and Kid Cudi, and even launched his own two-month tour, the “Welcome to Forever Tour.” Currently, Logic is putting the finishing touches on his upcoming debut album, but in the meantime fans can enjoy the songs “Now,” “Alright,” and “Finding Forever,” which are expected to appear on the album when it releases.

For more information on booking Logic, please contact Booking Entertainment. One of our top booking agents will be happy to work on your behalf to get you the best possible price to book any big name entertainer for your upcoming public, private or corporate event worldwide.

Booking Entertainment works to get the best possible Logic booking fee and Logic price for our clients while also providing the celebrity or famous entertainer with the level of professionalism and industry norms that they expect from an event run by a professional booking agency and production management.

Booking Entertainment uses our agency / management relationships and over 25 years of production experience to help buyers of headline / top name entertainers and does not claim or represent itself as the exclusive Logic agent, manager or management company for any of the artists on our site.

Booking Entertainment does not claim or represent itself as the exclusive booking agency, business manager, publicist, speakers bureau or management for Logic or any artists or celebrities on this website.