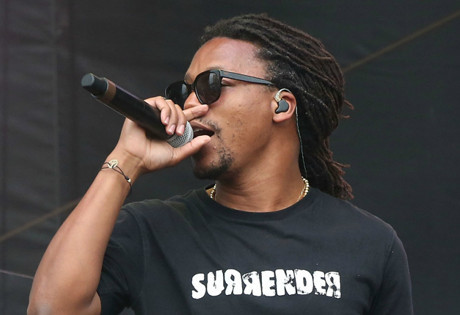 Start by filling out our no-obligation entertainment request form to check pricing and availability for Lupe Fiasco or whoever else you may want.

Our Lupe Fiasco agent will be happy to help you get Lupe Fiasco's availability and booking fee, or the price and availability for any other A-List entertainer, band, comedian or celebrity you may want for your corporate event, private party, wedding, birthday party or public show.

The rapper known as Lupe Fiasco was born Wasalu Muhammad Jaco in 1982 in Chicago. His upbringing in city was tumultuous, and young Lupe lived near drug dealers and extensive crime. However, his father inspired a love of learning in his son, and Fiasco grew up with a sense of hope and inspiration for his future. Although he initially found the local hip hop scene distasteful, due to its glorification of drugs and violence, his earliest love of jazz music helped to create the foundation of music that led him ultimately to his career as a rapper.

Lupe began writing poetry as a middle school student, and despite his earliest discomfort with hip hop, he began rapping his own work and creating an outlet for the music genre which transcended the vulgarity that had originally repelled him. By the time he’d graduating from high school, Lupe had started recording his own mixtapes in his parents basement, and by the time he was nineteen, he’d joined his first group. But the group’s leanings toward gangsta rap resulted in Fiasco’s departure, and in 2005 he signed with Arista Records as a solo artist. Although he only remained at the label for a short while, the experience led Lupe to a number of significant relationships, including one with Jay-Z, who helped Fiasco garner his second deal with Def Jam Records.

Lupe Fiasco’s big breakthrough came after Kanye West heard his original song, “Conflict Diamonds.” West included the song on his album Late Registration, and the song rose nearly into the top forty on the mainstream charts. With the help of Jay-Z, Kanye West, and other notable producers and performers, Lupe Fiasco finally released the album Lupe Fiasco’s Food & Liquor in 2006. Featuring the hit singles “Daydream,” “Kick, Push,” and “I Gotcha,” the album earned three Grammy nominations, including one for Best Rap Album, and four BET Hop Hop Award nominations. Since then, Fiasco has released the albums Lupe Fiasco’s The Cool (2007), Lasers (2011), and Food & Liquor II: The Great American Rap Album Pt 1 (2012.) The albums have spawned the additional hits “Superstar,” “The Show Goes On,” “Out of My Head,” and “Battle Scars,” and earned Lupe Fiasco his first Grammy win for “Daydreaming.”

In addition to his work in music, Lupe Fiasco has co-founded the independent record label 1st & 15th Entertainment. He has also founded his own design company, Righteous Kung-Fu, and he has participated in a number of charitable endeavors, including Summit on the Summit and Music for Relief. Lupe Fiasco continues to perform and record. His upcoming album, Tetsuo & Youth, is schedule for release in 2014.

For more information on booking Lupe Fiasco, please contact Booking Entertainment. One of our top booking agents will be happy to work on your behalf to get you the best possible price to book any big name entertainer for your upcoming public, private or corporate event worldwide.

Booking Entertainment works to get the best possible Lupe Fiasco booking fee and Lupe Fiasco price for our clients while also providing the celebrity or famous entertainer with the level of professionalism and industry norms that they expect from an event run by a professional booking agency and production management.

Booking Entertainment uses our agency / management relationships and over 25 years of production experience to help buyers of headline / top name entertainers and does not claim or represent itself as the exclusive Lupe Fiasco agent, manager or management company for any of the artists on our site.

Booking Entertainment does not claim or represent itself as the exclusive booking agency, business manager, publicist, speakers bureau or management for Lupe Fiasco or any artists or celebrities on this website.