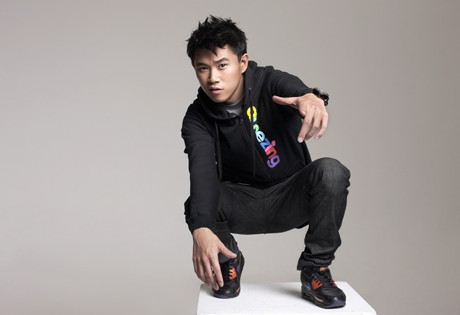 Start by filling out our no-obligation entertainment request form to check pricing and availability for MC Jin or whoever else you may want.

Our MC Jin agent will be happy to help you get MC Jin's availability and booking fee, or the price and availability for any other A-List entertainer, band, comedian or celebrity you may want for your corporate event, private party, wedding, birthday party or public show.

The rapper and actor known as MC Jin was born Jin Au-Yeung in 1982 in Miami, Florida. Young Jin grew up inspired by the Miami area’s rap scene, and frequently participated in rap battles held throughout the areas. After high school, Jin and his family moved to New York City, where he began performing around the New York area and taking advantage of every opportunity presented to hone his skills and establish a local following.

After winning multiple consecutive battles on the BET program 106 & Park, Jin adopted the moniker MC Jin and signed his first contract with Ruff Ryders. MC Jin released his first single, “Learn Chinese,” followed by “Senorita.” A  year later, Jin’s debut, The Rest is History, was released in 2004, and the album rose to the number fifty-four spot on the mainstream charts. MC Jin’s trademark catchphrase, “AIYA!” brought the artist a unique following, and one that has lasted for the past decade.

MC Jin continues to perform and record. He recently released the EP Hypocrite, in 2013. After a number of changes to his record affiliations, Hypocrite was released via the Great Company, in a digital download format.

For more information on booking MC Jin, please contact Booking Entertainment. One of our top booking agents will be happy to work on your behalf to get you the best possible price to book any big name entertainer for your upcoming public, private or corporate event worldwide.

Booking Entertainment works to get the best possible MC Jin booking fee and MC Jin price for our clients while also providing the celebrity or famous entertainer with the level of professionalism and industry norms that they expect from an event run by a professional booking agency and production management.

Booking Entertainment uses our agency / management relationships and over 25 years of production experience to help buyers of headline / top name entertainers and does not claim or represent itself as the exclusive MC Jin agent, manager or management company for any of the artists on our site.

Booking Entertainment does not claim or represent itself as the exclusive booking agency, business manager, publicist, speakers bureau or management for MC Jin or any artists or celebrities on this website.