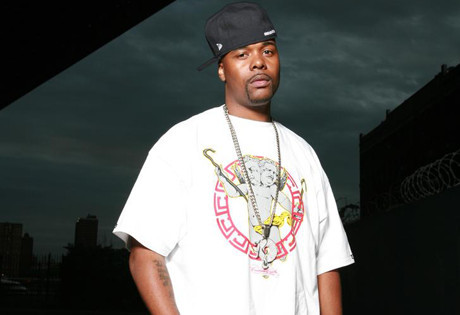 Start by filling out our no-obligation entertainment request form to check pricing and availability for Memphis Bleek or whoever else you may want.

Our Memphis Bleek agent will be happy to help you get Memphis Bleek's availability and booking fee, or the price and availability for any other A-List entertainer, band, comedian or celebrity you may want for your corporate event, private party, wedding, birthday party or public show.

The American rapper known as Memphis Bleek was born Malik Cox in 1978. Memphis Bleek rose to fame largely through his association with longtime friend and rapper, Jay-Z, who signed Bleek to his Roc-A-Fella Records label shortly after its launch. Bleek’s debut, Coming of Age, was released in 1999 and featured the highly successful single, “It’s Alright,” featuring Jay-Z.

Coming of Age rose to the number seven spot on the mainstream charts, becoming the week’s Hot Shot Debut for the Billboard 200. “It’s Alright” rose into the top ten on the US Rap charts, and into the top forty on the R&B charts. Other notable singles from Coming of Age include: “Memphis Bleek Is…,” “My Hood to Your Hood,” and “What You Think of That,” giving Memphis Bleek an auspicious beginning to the start of his career.

Since Coming of Age, Memphis Bleek has also released the albums: The Understanding (2000), M.A.D.E. (2003), and 534 (2005.) The latter, which was an homage to the building in which Jay-Z and Memphis grew up in as children, marked one of the first Roc-A-Fella Record releases. Collectively, the albums spawned the additional R&B and rap hits: “Is That Your Chick (The Lost Verses),” “Do My…,” “Round Here,” “Like That,” and “Dear Summer.” Memphis Bleek has also appeared as a guest artist on multiple Jay-Z hits, including “Change the Game,” and “Hey Papi,” which was featured in the film The Nutty Professor II: The Klumps.

Memphis Bleek continues to perform and record. Bleek’s most recent album, The Process, arrived in 2010. Bleek has also made appearances in two films: State Property and Paper Soldiers, both in 2002.

For more information on booking Memphis Bleek, please contact Booking Entertainment. One of our top booking agents will be happy to work on your behalf to get you the best possible price to book any big name entertainer for your upcoming public, private or corporate event worldwide.

Booking Entertainment works to get the best possible Memphis Bleek booking fee and Memphis Bleek price for our clients while also providing the celebrity or famous entertainer with the level of professionalism and industry norms that they expect from an event run by a professional booking agency and production management.

Booking Entertainment uses our agency / management relationships and over 25 years of production experience to help buyers of headline / top name entertainers and does not claim or represent itself as the exclusive Memphis Bleek agent, manager or management company for any of the artists on our site.

Booking Entertainment does not claim or represent itself as the exclusive booking agency, business manager, publicist, speakers bureau or management for Memphis Bleek or any artists or celebrities on this website.