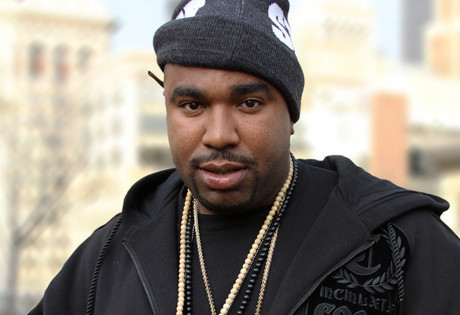 Start by filling out our no-obligation entertainment request form to check pricing and availability for N.O.R.E. or whoever else you may want.

Our N.O.R.E. agent will be happy to help you get N.O.R.E.'s availability and booking fee, or the price and availability for any other A-List entertainer, band, comedian or celebrity you may want for your corporate event, private party, wedding, birthday party or public show.

The American hip hop artist known as Noreaga was born Victor Santiago, Jr., in 1977. Santiago adopted the moniker Noreaga in 1995, when he teamed up with Queens-based rapper Capone to create the duo Capone-N-Noreaga. In 1997, the duo released a debut album, The War Report, which was well received by audiences and critics alike, rising into the top forty on the mainstream charts and spawning the singles “Top of New York,” “Closer,” and “Illegal Life.”

After Capone was sentenced to a jail term, interrupting the duo’s ability to move forward, Noreaga launched his own solo career with the released of his debut, N.O.R.E., in 1998. Much to his surprise, the album was an even greater success than The War Report, rising into the top five on the mainstream charts and reaching platinum status. The album gave fans the number one rap single “Superthug” and set the stage for the additional albums:  Melvin Flynt – Da Hustler (1999), God’s Favorite (2002), N.O.R.E. y la Familia… Ya Tu Sabe (2006), and Noreality (2007.) The albums spawned the additional rap hits: “Nothin” (featuring Pharrell) and “Oye Mi Canto” (featuring Nina Sky and Daddy Yankee.)

In addition to his own singles, Noreaga has appeared as a featured or guest artist on a number of other notable songs, including: “Crashin’ A Party” (with Lumidee); “Blood Money Pt. 2” (with Nas); “Glory” (with Cam’ron); “Give Me” (with A Tribe Called Quest); “Sometimes” (with Maze); “We Ride” (with R. Kelly and Jay-Z); “Why You Wanna Hate For” (with Memphis Bleek); “Gorillas” (with Screwball); “Come Thru” (with Styles P); “Put ‘Em Up” (with The Neptunes); “Boss Dealings” (with Curren$y); and “Ghetto Symphony” (with Mack Main and Flow.)

Noreaga continues to perform and record as a solo artist. His most recent album, Student of the Game, was released in 2013 and he is schedule for another album release in 2015 or 2016. Noreaga can be heard on the 2015 Fabolous single, “Monday Night Mixtape 98 Freestyle.”

For more information on booking N.O.R.E., please contact Booking Entertainment. One of our top booking agents will be happy to work on your behalf to get you the best possible price to book any big name entertainer for your upcoming public, private or corporate event worldwide.

Booking Entertainment works to get the best possible N.O.R.E. booking fee and N.O.R.E. price for our clients while also providing the celebrity or famous entertainer with the level of professionalism and industry norms that they expect from an event run by a professional booking agency and production management.

Booking Entertainment uses our agency / management relationships and over 25 years of production experience to help buyers of headline / top name entertainers and does not claim or represent itself as the exclusive N.O.R.E. agent, manager or management company for any of the artists on our site.

Booking Entertainment does not claim or represent itself as the exclusive booking agency, business manager, publicist, speakers bureau or management for N.O.R.E. or any artists or celebrities on this website.