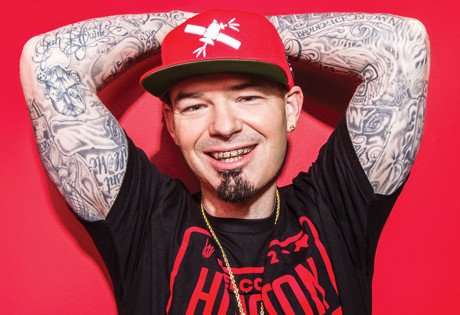 Start by filling out our no-obligation entertainment request form to check pricing and availability for Paul Wall or whoever else you may want.

Our Paul Wall agent will be happy to help you get Paul Wall's availability and booking fee, or the price and availability for any other A-List entertainer, band, comedian or celebrity you may want for your corporate event, private party, wedding, birthday party or public show.

The American rapper known as Paul Wall was born Paul Michael Slayton in 1981. Initially, Paul Wall studied mass communications while a student at the University of Houston, and his earliest exposure to the music industry was as a promoter for such labels as No Limit Records and Def Jam Records. But a chance opportunity while doing promotions for Swishahouse Records led to his first opportunity to perform as a rap artist, changing his destiny forever.

After recording and releasing the mixtape Choppin Em Up Part 2, Wall slowly began to establish a growing fan base in the Houston area, ultimately joining Swishahouse as an artist. Paul Wall then teamed up with Chamillionaire to establish The Color Changin’ Click and released the album Get Ya Mind Correct in 2002. The album performed fairly well, but after a short while the duo parted ways and Paul Wall set his sights on a career as a solo artist.

Wall signed with Atlantic Records and released his debut album, The Peoples Champ, in 2005. The album was an enormous success, debuting at number one on the mainstream charts. The Peoples Champ spawned the hit singles “They Don’t Know,” “Sittin’ Sidewayz,” and “Girl,” the latter of which rose into the top forty on the mainstream charts. Since that time, Paul Wall has released the albums: Get Money, Stay True (2007), Fast Life (2009), Heart of a Champion (2010), and #Checkseason (2013.)

Paul Wall continues to perform, act, and record. His most recent release is the album The Po-Up Poet, which arrived in 2014.

For more information on booking Paul Wall, please contact Booking Entertainment. One of our top booking agents will be happy to work on your behalf to get you the best possible price to book any big name entertainer for your upcoming public, private or corporate event worldwide.

Booking Entertainment works to get the best possible Paul Wall booking fee and Paul Wall price for our clients while also providing the celebrity or famous entertainer with the level of professionalism and industry norms that they expect from an event run by a professional booking agency and production management.

Booking Entertainment uses our agency / management relationships and over 25 years of production experience to help buyers of headline / top name entertainers and does not claim or represent itself as the exclusive Paul Wall agent, manager or management company for any of the artists on our site.

Booking Entertainment does not claim or represent itself as the exclusive booking agency, business manager, publicist, speakers bureau or management for Paul Wall or any artists or celebrities on this website.