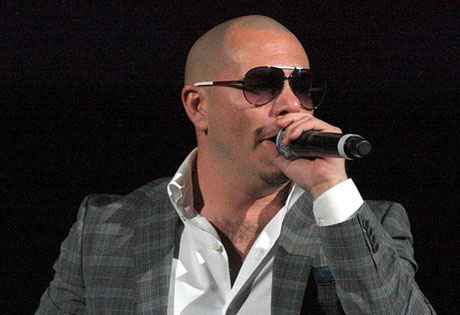 Start by filling out our no-obligation entertainment request form to check pricing and availability for Pitbull or whoever else you may want.

Our Pitbull agent will be happy to help you get Pitbull's availability and booking fee, or the price and availability for any other A-List entertainer, band, comedian or celebrity you may want for your corporate event, private party, wedding, birthday party or public show.

Armando Christian Pérez, better known by his stage Pitbull, is an American rapper. His first recorded performance was from the Lil Jon album Kings of Crunk in 2002, after which he released his debut album in 2004 titled M.I.A.M.I. (short for Money Is a Major Issue) under TVT Records.

Since then, he has released two other albums under the label, El Mariel in 2006 and The Boatlift in 2007. He then released Pitbull Starring in REBELUTION in 2009, which included singles "I Know You Want Me (Calle Ocho)" and "Krazy". The latter peaked at #30 on the Hot 100 and #11 on the Hot Rap Tracks charts while "I Know You Want Me" peaked at #2 on the Hot 100 and peaked within the top ten spots of charts in the UK, Canada, Italy, and the Netherlands. The song reached #1 in France and the European Hot 100 on the week ending August 29, 2009 according to Billboard magazine. Other singles from the album included "Blanco" featuring Pharrell Williams of The Neptunes and "Hotel Room Service", the latter of which peaked at #9 on the Hot 100.

Pérez is also the host of his own Spanish-language program on the cable channel Mun2 titled La Esquina (Spanish for The Corner).

For more information on booking Pitbull, please contact Booking Entertainment. One of our top booking agents will be happy to work on your behalf to get you the best possible price to book any big name entertainer for your upcoming public, private or corporate event worldwide.

Booking Entertainment works to get the best possible Pitbull booking fee and Pitbull price for our clients while also providing the celebrity or famous entertainer with the level of professionalism and industry norms that they expect from an event run by a professional booking agency and production management.

Booking Entertainment uses our agency / management relationships and over 25 years of production experience to help buyers of headline / top name entertainers and does not claim or represent itself as the exclusive Pitbull agent, manager or management company for any of the artists on our site.

Booking Entertainment does not claim or represent itself as the exclusive booking agency, business manager, publicist, speakers bureau or management for Pitbull or any artists or celebrities on this website.