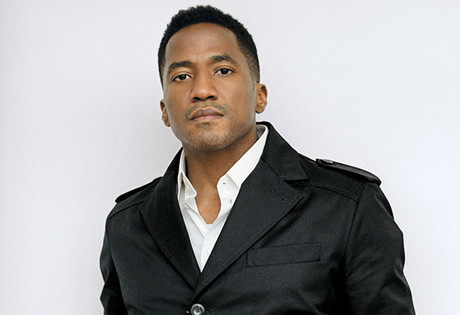 Start by filling out our no-obligation entertainment request form to check pricing and availability for Q Tip or whoever else you may want.

Our Q Tip agent will be happy to help you get Q Tip's availability and booking fee, or the price and availability for any other A-List entertainer, band, comedian or celebrity you may want for your corporate event, private party, wedding, birthday party or public show.

The artist known as Q-Tip was born Jonathan Davis in 1970 in Harlem, New York. Long before Q-Tip rose to fame as an actor and member of the acclaimed group A Tribe Called Quest, Davis converted to Islam and changed his name to Kamaal Ibn John Fareed, before ultimately settling on his professional moniker, Q-Tip.

In 1985, Q-Tip founded the band A Tribe Called Quest with his high school friends Jarobi White, Ali Shaheed Muhammed, and Phife Dawg. After signing to Jive Records, A Tribe Called Quest rose to the top of the charts and enjoyed a critically acclaimed career up until 2006, when the group disbanded. But even before that time, Q-Tip had begun solo work, appearing on such hits as “Groove Is in the Heart” (by Deee-Lite), “Get It Together” (by Beastie Boys), and “Galvanize” (by the Chemical Brothers.) But after A Tribe Called Quest disbanded, Q-Tip embarked on a career as a solo artist, releasing a debut LP, Amplified, in 2007.  He followed with The Renaissance (2008) and Kamaal/The Abstract (2009), but began to establish his reputation as a producer even more so than a performer.

Q-Tip’s career as a performer and producer has earned him a Grammy Award for Best Dancing Recording (for “Galvanize,” with the Chemical Brothers) and four other Grammy nominations, for Best R&B Performance, Best Rap Album, and Best R&B Song. Q-Tip frequently places on lists for the Top 50 Hip-Hop producers and artists lists, and he continues to write, record, and produce. His latest album, The Last Zulu, was just released in 2014.

For more information on booking Q Tip, please contact Booking Entertainment. One of our top booking agents will be happy to work on your behalf to get you the best possible price to book any big name entertainer for your upcoming public, private or corporate event worldwide.

Booking Entertainment works to get the best possible Q Tip booking fee and Q Tip price for our clients while also providing the celebrity or famous entertainer with the level of professionalism and industry norms that they expect from an event run by a professional booking agency and production management.

Booking Entertainment uses our agency / management relationships and over 25 years of production experience to help buyers of headline / top name entertainers and does not claim or represent itself as the exclusive Q Tip agent, manager or management company for any of the artists on our site.

Booking Entertainment does not claim or represent itself as the exclusive booking agency, business manager, publicist, speakers bureau or management for Q Tip or any artists or celebrities on this website.